Even if you’re shaking your head, set your doubts aside and see this movie. After all, other than Zootopia, there’s not another new release worth seeing anyway. 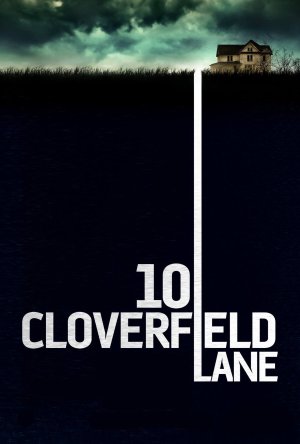 Is 10 Cloverfield Lane an apocalyptic tale of human destruction or a spin-off on Brie Larson’s Oscar winning performance in Room? Is the aging man holding a young woman captive in an underground fortress a savior or a sadist? Curious?

Well, you should be, because Director Dan Trachtenberg’s new film will leave you twisting and turning to the very end. While I have talked to several friends who were not impressed, I was captivated by this psychological horror story that combines elements of last year’s hidden gem Goodnight Mommy and bits and pieces of the clever original Cloverfield released in 2008. Seldom will you ever see a movie where the audience joins the actors as they try to separate fact from fiction.

If you’ve seen the previews, you already know the setup. A young woman, Michelle, played wonderfully by Mary Elizabeth Winstead, gets in her car after calling a boyfriend to say that their relationship is over. As she wrestles with the consequences of her decision, she is in a terrible auto accident. She awakens in an underground shelter where her damaged right leg is chained to a concrete wall.

Suddenly, the locked door slides open and in walks Howard, played by the usually lovable John Goodman in a role that would make Bela Lugosi or Boris Karloff jealous. He looks at Michelle and tries to comfort her, telling her that she can‘t leave because the air outside has become radioactive following some type of apocalyptic attack from unknown sources. Gradually growing closer to Emmett (John Gallagher, Jr.), a young man who had intentionally sought shelter in Howard’s underground fortress, they engage in a quest to find out if the old man is to be trusted or feared.

Obviously, I can’t begin to tell you what unfolds in this little film, but every clue leads to unanswered questions. For example, when Michelle sneaks a peak out of a window, a woman with a ravaged face is pounding on the door, screaming to be let in. At the same time, Michelle then discovers the word “Help” spelled out in blood on the inside of another window. Is her life in danger whether she stays or leaves the shelter?

Though I loved the original Cloverfield film, this is not a sequel. More to the point, don’t feel that you have to see the original to enjoy this movie.

Additionally, let me again say that Mr. Goodman is fascinating in a role that continually commands your attention. It is wise to remember his contributions to such memorable films as O Brother, Where Art Thou? (2000), The Artist (2011), The Campaign (2012) and his powerful performance in last year’s Trumbo.

This movie kept me guessing to the very end, and that is why I recommend it. After all, if you see it and don’t like it, just mumble, “What in the hell is wrong with Hammerle?” A lot of people have been asking that question for years.

← Commentary on Supreme Court Vacancies
What Do I Do When There’s Nothing to Review? →