Why see a film that you view with complete dread? Buy a ticket and find out. 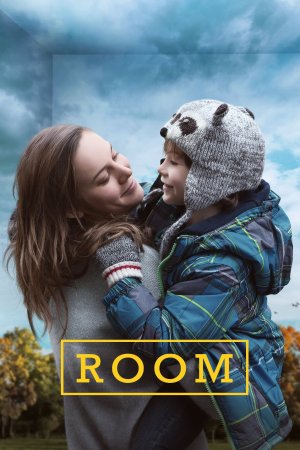 Room, directed by Lenny Abrahamson, has already made a spectacular splash at the New York and Toronto Film Festivals. There is a reason, as the movie leaves you both captivated and devastated from the opening scene.

It centers on a young woman who was kidnapped and forced to live for 7 years in a one-room, windowless shed where she is repeatedly raped by her abductor. In the process she gives birth to a son who she elects to raise in this prison-type environment.

The movie begins with the young boy’s 5th birthday, and you watch an incredible mother try to raise him as a normal human being despite the fact that his only access to the outside world is a television and a skylight. Though she has to submit to her captor’s sexual advances while suffering lingering wrist injuries after she unsuccessfully tried to assault him years earlier, she never allows her attention to sway from her young son. I can only say that you are left astonished as you watch the film with an aching heart from your theater seat.

What follows is a daring rescue that only extends this poor woman’s torment. With a son having no idea how to climb or descend stairs, much less form friendships with other kids, she is left with a father (courageously performed by William H. Macy) who can’t look at his grandson because he is a bastard child. When Ms. Larson is asked in a TV interview why she decided to keep a child who was the product of a rape, she simply responds, “He was my son.”

Let me say without qualification that you will not see a more spectacular performance by any actress at any time than that given by Brie Larson as the abducted mother. I have been a big fan of hers since watching her in Short Term 12 (2013), and she has a unique ability to portray a struggling young woman with a heart of gold.

What she endures is beyond description, yet she won’t waver in trying to help her child embrace a world that he cannot experience. The little boy doesn’t understand what is meant by trees or animals, and is prone to consider them as little more than fabricated images shown on his television.

And while you will appreciate Joan Allen’s heartfelt performance as Ms. Larson’s loving mother, you will never forget the performance of young Jacob Tremblay, here playing the 5-year-old boy. There have been memorable performances by child actors over the years ranging from Mickey Rooney in Boys Town (1938) to Drew Barrymore in E.T. the Extra Terrestrial (1982), but Jacob Tremblay performs at a level that could very well earn some type of Oscar nomination.

Let’s stop complaining and remember that all children deserve love. My wife has a poster of several death row inmates with attached pictures of them as kids. Isn’t it worth knowing how this transformation occurred?

One thought on “Room”