Criticize this film if you must, but James Bond is a force of nature. 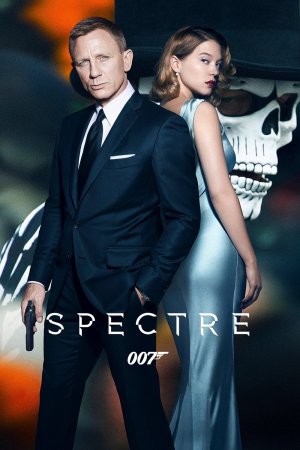 With more holes than presidential candidate Ben Carson’s autobiography, Spectre has been severely ripped by critics across the country. Quite honestly, they need to lighten up, as James Bond has become a modern day Superman without the cape. Furthermore, given that it was filmed in Austria, Mexico, Italy, Morocco and the UK, there are few scenes that are not beautiful to watch.

Just as Sean Connery did with his initial portrayal of Bond, Daniel Craig has a ruthless style and charm that holds a rather disjointed film together. No one has ever looked better on screen in a tux than these two gentlemen, and male members of the audience again learn that the quickest way to a woman’s heart is “A medium dry martini, lemon peel. Shaken, not stirred.”**

Yes, the film has weaknesses, not the least of which is its attempt to incorporate various moments of Bond’s past. The disjointed nature of this movie is best reflected by the manner used by Director Sam Mendes in handling Dave Bautista’s role as a recreation of the old Bond villain, “Jaws”. While it was fun to watch his battle with Bond, you are left wishing that Mr. Mendes had found a way in this 2 hour and 20 minute film to have Mr. Bautista display the wit and character seen in Guardians of the Galaxy (2014).

Additionally, while our hero’s continual escape from death rivals that of Tom Cruise in this year’s Mission Impossible, it becomes increasingly ridiculous as the film lengthens. It is hard to resist laughing when Bond emerges from brutal beatings and collapsing buildings without suffering even a minor bruise.

And then there are Bond’s women. His brief encounter with Lucia (Monica Belucci), the widow of a man he just killed, was as embarrassing as it was forgettable. On the other hand, while Léa Seydoux fell short of Rebecca Ferguson’s performance in the above-referred to Mission Impossible, she showed some spunk while traveling under Bond’s protection.

Fortunately, one of the principal reasons that this film works for so many viewers is the strength found from the supporting actors. Though they only appear briefly, Ralph Fiennes (M), Ben Whishaw (Q) and Naomie Harris (Moneypenny) provide some spunk and humor at every turn. Unfortunately, while the great Christoph Waltz is always a pleasure to watch in any movie, he is not given nearly enough time on screen as the arch villain Oberhauser.

Regardless, it is to Mr. Craig’s credit that this film was such a gigantic hit during its first weekend of release here in the States. Great directors like Robert Zemekis and Danny Boyle had their films (The Walk and Steve Jobs) largely die on the vine, while Steven Spielberg’s Bridge of Spies has earned far less at the box office in three weeks than Bond did in three days.