The clouds in the Swiss Alps were the highlight of this film. 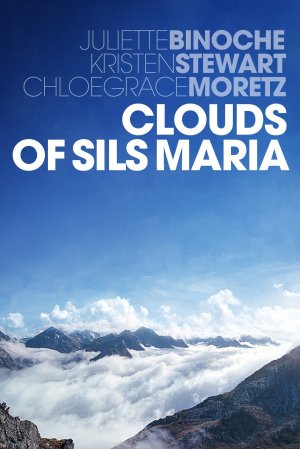 Like it or not, some films suffer from what I call the Ingmar Bergman Syndrome. Fearing that they would display an intellectual weakness, most critics gushed over Bergman’s films while audiences were left moaning, “Is that all there is?”

The Clouds of Sils Maria falls into that category, and I reluctantly say that because of my admiration of Juliette Binoche. She has been in a number of remarkable films ranging from The English Patient (1996), Chocolat (2000), Caché (2005) to the overlooked Words and Pictures (2013), and she grows more beautiful with age. And did I mention her surprising contribution to last year’s Godzilla?

The trouble with watching what I call “Bergman” films is that you sit in the audience wrestling with your own in significance. In other words, you privately think, “Why am I yawning when I am supposed to view this film as a masterpiece?”

In Clouds of Sils Maria, Ms. Binoche plays Maria Enders, an actress who is asked to take a role in an sequel to a play that made her an international star at a very young age. While she wants to pay homage to the late playwright given what he has done done for her career, she has trouble embracing the role of an older woman where a young actress plays her original character.

With or without the critical acclaim, this movie showed great promise. Ms. Binoche is waited on by her admiring assistant, played with spunk by Kristen Stewart, and their relationship is intriguing to watch as they both wrestle with their future.

Chloe Grace Moritz is once again stellar as the young actress who reminds Ms. Binoche of her long lost youth. Here, while Ms. Binoche wants to redo the script to take a bit of the wind out of Ms. Moritz’s sails, the response is a polite but unequivocal, “Sorry, but it ain’t happenin’ here, girlfriend.”

Sadly, the movie has many weaknesses that gradually lets the air out of this intriguing cinematic balloon. As good as Ms. Binoche is, she is left basically repeating her state of angst where you gradually lose interest. Though Ms. Stewart seeks to free herself from the burden of caring for her friend and mentor, her final decision is baffling as you will see. With her smaller role, Ms. Moritz embraces every quality of a self-centered Hollywood actress, and she has no trouble publicly dating a married man whose wife has threatened suicide.

In the end, the trouble with an “Ingmar Bergman” review is the fear that you will demonstrate yourself to be nothing more than an intellectual lightweight. Yet while I recognize that the fantastic scenery captured in various locations in the Swiss Alps makes the movie worth seeing on that basis alone, a pretty travelogue never makes for a great picture.

← Avengers: Age of Ultron
Commentary on the Value of Books →