In many ways, Godzilla is the functional equivalent of King Kong. Something unidentifiable connects both to humans. 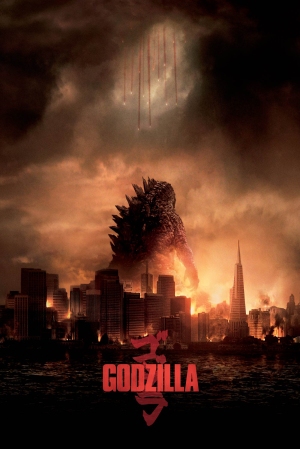 Don’t laugh, but I entered the theater rooting for Godzilla. Since I am over 65, how could I not root for a monster that is looking a bit older, shows some obvious fatigue and has put on a bunch of weight around his midsection?

Sure, Godzilla has some weaknesses, but it is a story about Godzilla, for God’s sake. However, for reasons you will have to discover, Godzilla becomes an ally of humans, an excuse that had to weigh heavily on him given the fact that it was nuclear bombs dropped on and after World War II that was the source of his monstrous development to begin with.

However, what allows Godzilla to distinguish itself above the rest of the summer action films is the fact that good guys die. At the risk of giving away a few secrets, I feel compelled to tell you that the principal stars of Godzilla do not survive like in Iron Man, Thor, Spider-Man and Superman.

The film begins shortly after World War II in the Philippines, where it is clear that some type of monster has carved its way out of rock and fled to the ocean. Fifteen years later, we are now in Japan, where Breaking Bad’s star and Broadway’s LBJ, Bryan Cranston, is conducting onsite research at a nuclear facility. Helped by a beautiful wife and fellow scientist in the person of Juliette Binoche, something is hitting Japan similar to the previous occurrence in the Philippines.

In an absolutely gut-wrenching scene, Cranston is forced to close a contaminated facility containing his wife. As he collapses in tears and pain, her last words were to plead with him through a door window to take care of their young son.

Fifteen years later we are in San Francisco, where Cranston’s military son returns to his wife and small child. Aaron Taylor-Johnson plays his son and Elizabeth Olsen is quite good as his daughter-in-law. As they try to enjoy his leave, he is forced to quickly return to Japan, where it seems that his father is on the verge of a complete mental breakdown.

What follows is not just the rise of Godzilla, but two other large monsters  that intend to mate and spawn a bevy of offspring that will threaten Earth’s existence. We return to San Francisco for the climactic battle, as the female monster came to life in the presence of nuclear waste at Yucca Mountain in Nevada.

The special effects are quite good, and the monsters proceed to create havoc in San Francisco after spending a bit of time in Honolulu doing the same thing. The plot tends to hold your attention, although I strongly believe that the film would profoundly scare most pre-teen children.

As you wait to see who triumphs in the end and which humans live, central characters are played by Ken Watanabe and Sally Hawkins. They are scientists who have trailed Godzilla from the very beginning in Japan, and they urge the military to let the old boy live and trust his instincts.

Ms. Hawkins has just come off her Oscar nominated role in Blue Jasmine, and she is one of those actresses who is very good at doing very little. Mr. Watanabe has been a central figure in many films centering on Japan, and it is worth recalling his contributions to The Last Samurai (2003), Memoirs of a Geisha (2005) and his role as General Kuribayashi in Letters from Iwo Jima (2006).

In a moment that reflects the seriousness underlying this monster movie, a point is reached where Mr. Watanabe is trying to convince the American military commander (David Strathairn) to respect his wishes and trust Godzilla’s intent. His sincerity is soon reflected by the observation that he was carrying a small pocket watch belonging to his deceased father that is frozen on a certain date and time. That date and time reflected the moment that the atomic bomb fell on Hiroshima killing his beloved father, giving birth to his beloved monster.

This film has a recurring psychological impact, resulting in a movie that is surprisingly worth seeing.