For those of you who enjoy sitting at an NFL game for 3 hours where you watch 20 minutes of action, this film will probably be your cup of tea. 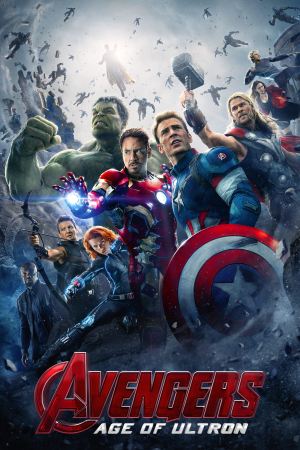 Sure, the Avengers films are entertaining, but they test your faith when you are forced to endure their bloated endings. There’s never any guesswork, as you know who is going to win. It’s like these guys are sponsored by Hendricks Motor Sports in NASCAR or Roger Penske in the Indy Racing Series.

What’s even more difficult to take is that all of the major stars are attractive white men and women. Sure, Samuel L. Jackson and Anthony Mackie appear in cameo roles, but this film is about handsome caucasian men and beautiful women who are called upon to save the planet. Director Joss Whedon could learn a great deal if he would just take the time to watch the racial and ethnic makeup of the recent Furious 7 film, which, by the way, was a better movie.

And while I am on this roll, the plot of Avengers: Age of Ultron, to the extent that there was one, reminds me of the classic Jackie Gleason line in the old Honeymooners series (1955-56). Playing the very funny and constantly frustrated Ralph Kramden, he consistently lost every domestic argument with his wife Alice (played by Audrey Meadows), screaming in frustration, “BANG, ZOOM! All the way to the moon, Alice!” Unfortunately, Director Whedon forgot that Alice simply looked at Ralph with complete disgust.

That is how I felt at times as I watched our Avengers fight a continual battle with the most recent incarnation of evil. Sure, the special effects are tremendous at times, but did you ever notice that the constant destruction in various urban areas did not result in one human death? It was as if Mr. Whedon filmed the history of World War I and omitted the fact that 10 million soldiers died.

Yet I still must admit that I found much of the film to be mindlessly fun. The principal actors, ranging from Robert Downey, Jr., Chris Hemsworth, Chris Evans, Mark Ruffalo and Scarlett Johansson, all are serious actors, and they have an admirable ability to hold your attention as they turn cinematic crap into entertaining Shinola.

Ironically, the strength of the film comes from the villain called Ultron. Voiced by James Spader, he quickly evolves into a killer bent on the destruction of Earth while developing a personality that ironically exceeds those of our heroes.

I saw this film with my Saudi exchange student, and I asked him his response when the movie ended. He looked at me and said, “It was good, but a bit convoluted, don’t you think?” I looked at him and said, “May I quote you?”