This is an intriguing film despite the fact that it will never be shown at an FOP convention. 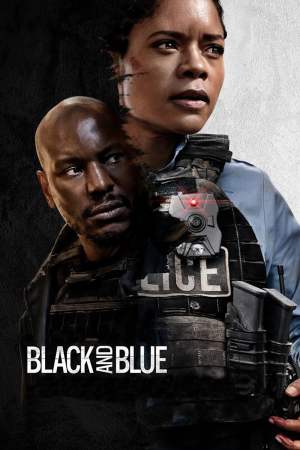 To begin with, Black and Blue tells a dark story about racism and corruption that permeated a section of the New Orleans’ police department.   It’s a film that brings a powerful force to its plot that gradually leaves you as emotionally tense as the characters on screen.

Naomi Harris gives a great performance as a rookie New Orleans’ police officer named Alicia West. Despite being a veteran of the War in Iraq, she is treated as a second class citizen by many of her white colleagues both in uniform and when seen jogging in a predominately white area of the city.

The story centers on a moment when she accidently stumbles into a building where she captures some police officers shooting a young drug dealer on her body cam. When she screams to find out what is going on, she is able to escape after also being shot.

The rest of the movie drives her into the New Orleans’ underworld where she is pursued by the crooked officers who claim that she is the one that shot the young man while the drug dealer seeks to kill her to get even. Desperately trying to escape her pursuers, she fortunately finds help from Milo “Mouse” Jackson (Tyrese Gibson), a convenient store owner who reluctantly decides to risk his life to help her. Repeated violent encounters follow as officer West tries to get her body cam to the FBI to prove that she is innocent.

While the movie may seem too dark to lure you into the theater, try to overcome your doubts. It showed he noted that there are number of interesting performances coming from Frank Grillo and Beau Knabb, the two principle corrupt officers pursuing Ms. Harris. They are two heartless bastards who see arrest and imprisonment if they can’t recover and destroy the body cam.

What made this film so fascinating to me was its bold focus on police corruption and the racism that many African Americans in New Orleans had to deal with in any police encounter. It tells that story in an artistic setting that no resident of a major metropolitan city should ignore.