Having won the Palme d’or at the Cannes Film Festival in May, it is overwhelmingly likely to win this year’s Oscar for the best Foreign Film. 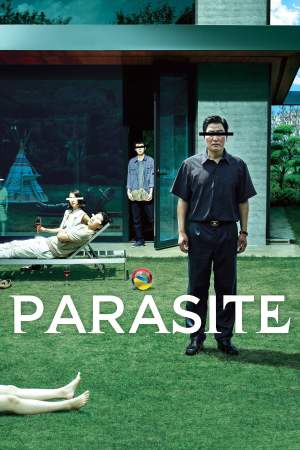 As I begin my review of Director Bong Joon-ho’s remarkable film Parasite, let me offer some apologies concerning my review of Joker that many found to be unfair. Though I stand by my opinion that it remains the most disturbing film that I have ever seen, upon reflection I feel that I missed the importance of the movie.

More of the point, Joker focused on our society’s inability to help the mentally ill and emotionally disturbed. Joker was one of them, and he gradually lost his mind when the government eliminated the funding for his counseling and he was also unable to get his prescription medication. Equally important, the scenes that I found so disturbing were in hindsight largely a product of Joker’s hallucinations that he could not control.

With Parasite, Mr. Bong follows the theme lying at the center of his memorable 2014 film Snowpiercer. The failure to address climate change has left the world reduced to a frigid temperature, and a train carries some of the last human survivors as they blasted through ice and snow. The wealthy on the train live in luxury as the poor endure in the miserable conditions in the caboose. The film focuses on the latter’s attempt to gain control of their lives.

Parasite covers the same concept. Taking place in South Korea, you watch a poor family of four living in an underground alley apartment find a convincing way to become employed by a rich household that allows them to greatly benefit. While their small apartment has but one window where they watch drunks urinate in the alley, the wealthy family that becomes their prey live in a castle like setting.

The wealthy family are known as the Parks and access to their home is achieved when they first hire Ki-woo Kim (Woo-sik Choi) who is posing as an English tutor for their daughter. Given that Mrs. Park only hires through recommendations, Ki-woo was able to get his sister, Ki-jung (So-dam Park) hired as an art tutor, his mother Chung-sook (Hye-Jin Jang) as a maid and his father Ki-taek (Kang-ho Song) as a driver.

The rest of the film deals with the poor family’s deception as the Park family becomes dependent on their services.  This involves everything from sexual attraction to the discovery of a man hidden in an unknown basement who had been helped by the Park’s prior maid who had been fired under false pretenses.

The rich and the poor are bound to clash under these circumstances, and things come to a head when the Parks return quickly from a vacation while Ki-teak and his family stay in the home and make a mess of things as they party and drink to excess.

Given that I begin this review by revisiting my opinion on Joker, I’ve got to admit that this film has many of the latter’s disturbing short comings. Enormously well done from an artistic and cinematic perspective, it is not an easy film to watch.

Then again, given our daily dose of our lamentable President on T.V., what is?