Let me just say that this qualifies as the worst film in 2019. 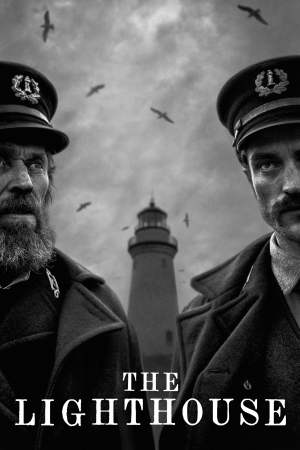 It won’t be hard to give a quick review of this movie, as I hated it. Director Robert Eggers tells the story of two lighthouse keepers on a New England Island in the 1890s as they fight to maintain their sanity. Without saying more, you will be doing the same thing from your theater seat.

Given that the two actors are the talented Willem Dafoe and Robert Pattinson, some critics have waxed eloquently about the movie’s mysterious attraction.  Dafoe plays Thomas Wake, the man in charge of the lighthouse who bosses his associate Ephraim Winslow (Pattinson) around at every turn.  Pattinson tolerates Dafoe’s excesses as he tries to survive a month on the island to earn a living but circumstances leave him getting continuously more desperate.

Unfortunately, while Dafoe is a heavy drinker, Pattinson gradually abandons his anti-alcoholic devotion and the two increasingly become deranged in the process. When a violent cyclone hits the island, it becomes clear that this movie is not going to end well for anyone.

While I really want to tell you the abysmal conclusion of this cinematic waste of time, I hate to spoil it for those who are attempting to see this wretched mess. Suffice it to say that Pattinson pays a price for hating the seabirds that Dafoe loves as the birds find a way to get even.

Sadly, the movie doesn’t remotely compare to the intriguing lighthouse story told in The Light Between Oceans (2016). Michael Fassbender and the captivating Alicia Vikander play a husband and wife who live alone on an island off of Australia as Vikander repeatedly miscarries. Fighting desperation, a baby washes up on a boat where the couple decides to keep a secret and adopt her as their own.

When Rachael Weisz surfaces as a desperate mother who is haunted by the memory of having lost her child at sea, complications develop that hold your attention to the very end.

It is not a great movie but certainly rises far above The Lighthouse.