I hate to say this given that most critics have fallen in love with this movie, but The Favourite was not my favorite. 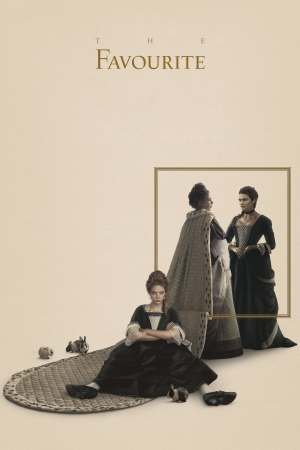 Though I am apparently one of the few reviewers who has the nerve to dismiss this film, the performances of three women keeps the movie from collapsing under its own weight. Director Yorgos Lanthimos has a lot of fans in the art community as proven by the praise given to his two prior lackluster films, The Lobster (2015) and The Killing of a Sacred Deer (2017). Once again, it seems that every time The Favourite commands your attention, it quickly falls down a cinematic rat hole.

However, the three female leads have received nominations from both the Golden Globes and the SAG awards, and that will undoubtedly follow when the Oscar nominations are released. And that begins with Olivia Coleman’s stirring performance as a frail Queen Anne. Half deranged, constantly ill and having trouble walking across a room, she is in daily need of care and attention. She is also quite funny at times, particularly when she berates some servant standing at a door for irritating her despite doing nothing. I can’t remember in movie history a more brilliant performance by an actress playing a powerful woman living on the edge of madness.

And then you have the roles of Rachel Weisz and Emma Stone, playing two competing women who engage in a battle to see who will control the Queen. Though Ms. Weisz’s Sarah Churchill has long dominated the Queen with an arrogant, dismissive attitude, she is challenged by Ms. Stone’s Abigail Masham, a female carnivore who wants to be number one in the Queen’s eyes. The dual of these two women makes this a watchable film even as the plot loses its emotional force.

The Queen has many needs which includes the requirements that her female advisors provide her sexual comfort in bed. That proves to be no problem for either Abigail or Sarah, as it is a small price to pay to gain control of the Queen.

Though the movie centers on the three female characters as set out above, Nicholas Hoult gives a memorable performance as Lord Robert Harley, an effeminate member of Parliament who loves wearing his large, blonde wig. As set out in my review of Mary, Queen of Scots, a cadre of men sought to dominate every English queen, and Lord Harley wisely sought to aid Abigail in her quest to eliminate Sarah. Mr. Holt in an underrated actor, and you really should hunt down his performances as a vampire living with a moral code in Warm Bodies (2013), his great performance as Nux, a villain turned ally in Mad Max: Fury Road (2015) and his memorable turn as J.D. Salinger in Rebel in the Rye (2017).

In any event, while art house fans need to take the time to see this movie on the big screen, everyone else should be prepared to leave the theatre saying, “Well, it had its moments.”

← Mary, Queen of Scotts
The Mule →