As good as any film you will see this year. 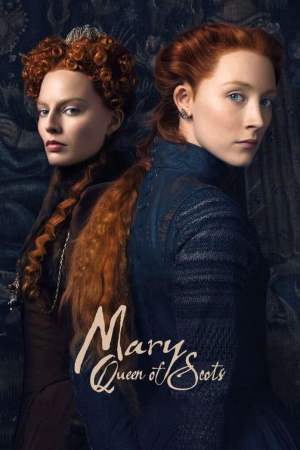 Mary, Queen of Scotts is a fascinating movie on multiple levels. To begin with, it recreates a moment in history where Mary and Queen Elizabeth engage in a pulsating rivalry to see who would be declared the legitimate Queen of England. It eventually resulted in Mary’s execution in 1587 after Elizabeth reluctantly consented.

But what makes this movie succeed are two female performances that should result in Oscar nominations. First and foremost, Saoirse Ronan gives a legendary performance in a career that has already resulted in three prior Oscar nominations with her role as Mary. Born in 1542, and known as Mary Stuart, she was betrothed to a French prince when she was only six years of age. When he mercifully quickly died, she eventually returned to Scotland to claim a crown given that she was the only surviving legitimate child of the late King James V. Trouble quickly followed and Ms. Ronan is mesmerizing even as she places her head on the chopping block.

Yet what elevated this film to the top of the Oscar field was the performance of Margot Robbie as Queen Elizabeth. Though she does everything she can to maintain a warm friendship with the distant Mary, she eventually succumbs to a group of dangerous men who surround the throne and makes Mary a captive for 19 years. Robbie’s Elizabeth is in constant agony over what she has done to Mary, and you witness a fantastic moment in the film when she loudly screams while walking alone when Mary meets her executioner.

What is clear from this movie is that while men were forced to accept a woman to the throne, they did everything possible to control her. Suitors maneuvered to become a spouse for obvious reasons while others sought power to rule a country from behind closed doors.

The quality of this film is helped by the performance of several of those men. The first is Jack Louden’s role as Lord Darnley, Mary’s second husband. Guy Pierce makes a tremendous contribution as William Cecil, an advisor to Queen Elizabeth. And then there was David Tennant’s performance as John Knox, a Protestant cleric who could not accept Queen Mary’s tolerance of Catholics.

All of these men shine a penetrating light into male dominance that continues to control governments to this very day. For example, take a look at Republicans in both the United States House of Representatives and our Indiana legislature and see how many women have been welcomed to their party.

Though there is only one scene where Ms. Ronan and Ms. Robbie meet, their magnetic interaction makes it seem that they live in the same home. Ronan’s Mary is the first to have a child which she believes entitles her to be both Queen of Scotland and England. Robbie’s Elizabeth will take a man to bed but never to the alter. Ironically, Elizabeth goes on to occupy her throne for over 40 years and is followed by Mary’s son who becomes the next King James.

I strongly believe that Ms. Ronan should finally receive an Oscar in the Best Actress category and Ms. Robbie will come awfully close to getting the Best Supporting Actress award. I strongly doubt that there is an actress alive today who could follow her sensational performance as Tanya Harding in last year’s I, Tonya with a role as the legendary Queen of England. Those are reasons enough to see this film.