It would be merciful if this film was quickly dead and buried at the box office. 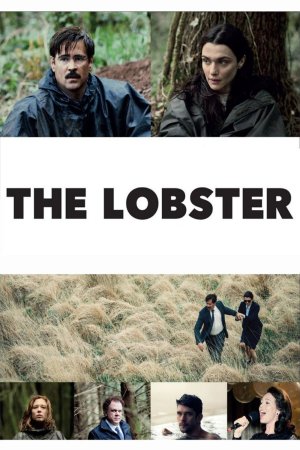 Imagine that we live in an Orwellian world where everyone was required to be married. Furthermore, given that the laws have banned being single, imagine hopeless individuals enrolling in State sponsored institutions where you are given 45 days to find a mate or be transformed into an animal of your choice.

I was more than a little intrigued by a film that was directed by the acclaimed Greek director Yorgos Lanthimos and starred Colin Farrell, Rachel Weisz and John C. Reilly. I simply had to see what was going on in this dark, disturbing film of unknown consequences.

Mr. Farrell plays David, a poor, overweight guy who walks through the entrance of the institution fully aware that there may be no exit. Additionally, he is accompanied by his dog that used to be his brother.

Daily life is largely a series of group lessons on how to find a mate who possesses your most obvious characteristics. For example, a guy who limped had to find a girl who did the same thing, and a girl with nosebleeds could only pray that a guy with the same affliction became a resident.

On top of that, the institution was surrounded by a large wooded area that single people called “Loner’s” occupied. You should also know that a daily task for Mr. Farrell and his new friends was to engage in a hunting trip where isolated Loners were gunned down for sport.

Let me say that as the movie meanders toward its conclusion it gradually becomes both listless and a bit tiresome. Farrell eventually flees after making the tragic mistake to take an incredibly violent woman as a proposed mate, and his days as a Loner does little more than land him in another dysfunctional hell hole. Love is banned with ghastly consequences in this group, and Farrell’s romance with Ms. Weisz results in a fate that will leave you doing little more than shaking your head.

Transcending the quality of the film itself are some very intriguing performances. It begins with Mr. Farrell, who is more than ready to be transformed into a lobster if he falls short of finding love. Léa Seydoux is compelling as the leader of the Loners, as is Olivia Coleman as the hotel manager. To get a better idea of what you’re in for, let me note that Jessica Barden plays the nosebleed woman, Ms. Weisz is identified only as the short-sighted woman, Ben Whishaw is the limping man and John C. Reilly is recognized simply as the lisping man.

I have no doubt that my review will leave many of you immediately saying, “Why in the hell should I see this film?” I can only say that you should be careful not to drag anyone with you to see The Lobster, or you will likely be suffering the same fate as Mr. Farrell as you try to get to your car to drive home.