Despite the fact that this film lasts 2 hours and 20 minutes, trial lawyers in particular are likely to enjoy the ride. 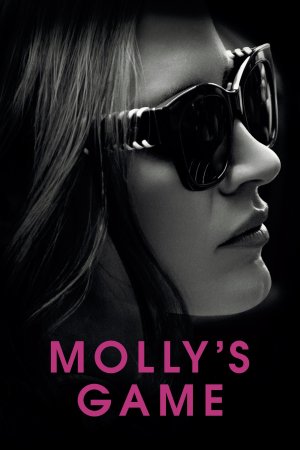 Molly’s Game, written and directed by Aaron Sorkin, was a film far better than the Oscar nominated Phantom Thread. Based on a true story, it covers the metamorphosis of Molly Bloom from a young, Olympic-class skier to the host of a high stakes poker game taking place in both California and eventually New York.

Ms. Bloom, a beautiful woman played by the equally beautiful Jessica Chastain, began her development as a young skier under the guidance of a demanding father played by Kevin Costner. Ironically, to a certain extent this film resembles I, Tonya in that you had two Olympic hopefuls raised and guided by emotionally brutal parents. Though Allison Janney’s Oscar nominated role as the mother in I, Tonya disintegrated into a woman who tried to secretly record her daughter’s confession of a crime, at least Costner’s father recovered a little dignity in the end.

However, this film centers on Molly’s realization that she had the talent and discipline to run a poker game for individuals who were both wealthy and famous. The games themselves involved some intriguing characters played by Michael Cera, Chris O’Dowd, Bill Camp and Brian D’Arcy James, and Molly quietly noted their strengths and weaknesses as she amassed her own small fortune.

Unfortunately, things came crashing to a halt in New York when she was arrested by the FBI for running a poker game involving the Russian mob. The most intriguing part of the film involved her relationship with her criminal defense lawyer Charlie Jaffey, played with spunk and style by the talented Idris Elba.

Mercifully, no personal relationship developed between lawyer and client, which elevated the movie on a professional level. As counsel wrestled with the unfortunate reality of trying to get paid for his services, an event that will not surprise any lawyer in the audience, he discovered that Molly would rather face the possibility of prison rather than being forced to cooperate and reveal knowledge of her poker players. Dedicated to honoring her word, she would keep that information private even if it meant avoiding a conviction.

Ms. Chastain has long demonstrated her immense talent as an actress. Think of her great performance in The Help (2011), her powerful role in a movie I loved Lawless (2012), the memorable Zero Dark Thirty (also 2012), A Most Violent Year (2014) and The Martian (2015). And as she proved in this movie and in last year’s Miss Sloane, no one, and I mean no one, dresses more provocatively on screen than Ms. Chastain.

Finally, as a criminal defense lawyer let me say that there is a wonderful scene near the end of this film that encompasses what many of us hope happens in court on certain cases. In that regard, Graham Greene gives a great performance as Judge Foxman, the federal judge who will decide Molly’s fate. Despite the wishes of the government, the judge was able to compare Molly’s conduct to actions tolerated on a daily basis on Wall Street, and he was determined to do what was fair and just rather than what was expected by the United States Attorney’s office.

While I liked a lot of things about this movie, none surpassed that moment in court. I was left wishing that all judges had the moxie to follow the common sense displayed by Judge Foxman.