If your favorite pastime is to experience two hours of boredom, then this film is your cinematic cup of tea. 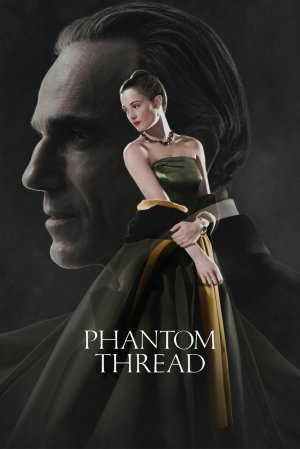 Director Paul Thomas Anderson’s Phantom Thread is a film that has been widely praised despite being a complete waste of time and energy. Taking place in London in the 1950s as it follows the famous dressmaker Reynolds Woodcock (Daniel Day-Lewis), it resembles one of the daytime soap operas that dominated TV for decades.

Put another way, if Mr. Day-Lewis’ character was a baseball player, he would have struck out on three pitches without taking the bat off his shoulder. Boring as he is uninteresting, I truly hate to see the accomplished Day-Lewis retire and leave this dull performance as a parting gift to moviegoers to have admired him for years.

Day-Lewis’ Woodcock is an egotistical elitist who remains a bachelor primarily because he is most fond of the reflection he sees when looking in a mirror. Things start to change when he meets Alma (Vicky Krieps), a waitress he encounters when taking a few days off in the country. However, he soon rekindles his need to alienate another woman who loves him simply because he only has time to concentrate on himself. I kept thinking that Day-Lewis should have played Donald Trump rather than Woodcock.

The only strength in this movie is provided by Leslie Manvill, who plays Cyril, Woodcock’s stern, dedicated sister. Tolerating her brother’s many weaknesses, Cyril tries to keep Woodcock’s personal train from running off the tracks so he can continue to design fabulous clothes for the high rollers in London society.

The film involves a scheme designed by Alma to gain control of Woodcock that I don’t dare reveal. However, if you want to know, send me an email and I’ll save you the temptation of spending over two hours in a theater watching this overrated film.

← Paddington 2
Call Me By Your Name →