This movie is a likable mess. See it quickly, as I suspect it will soon be forgotten. 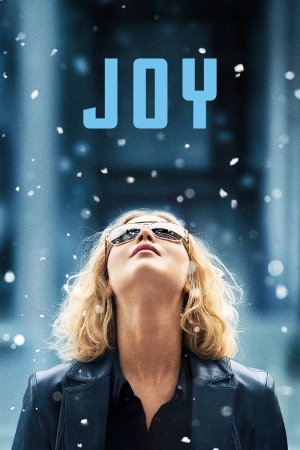 Unfortunately, the gifted David O. Russell’s attempt to go “3 for 3″ with brilliant films came up short. To use the ending phrase from an old baseball poem, “There is no Joy in Mudville. Mighty Casey has struck out.”

Having brought us two great films over the past years with Silver Linings Playbook and American Hustle, Joy is just too disconnected to sustain meaningful interest. Yes, there are wonderful performances from Jennifer Lawrence and Robert De Niro, but the film amounts to little more than a hodge-podge of close relatives who stand in the way of a young woman’s attempt to become a great inventor. More to the point, you are repeatedly left watching funky, likable scenes only to end up thinking, “Who cares?”.

Yes, Bradley Cooper appears for a brief period of time as the coordinator of television’s QVC Network who Ms. Lawrence tries to convince to allow her to display her new mop. However, just as he did in forgettable recent films like Aloha and Burnt, Mr. Cooper does little more than serve as eye candy for various female members of the audience.

Don’t get me wrong, as Jennifer Lawrence’s Joy is a young woman you will care about and root for. Her struggles become yours as she runs a home where her mother lives upstairs spending most of her time watching soap operas; her repeatedly divorced father (De Niro) wants to live in her basement as he transitions between wives; she has a ex-husband who also lives in the basement as he pursues a career as a lounge singer and an unemployed half-sister whose only specialty is criticism.

The pursuit of happiness took Joy down a road filled with monumental obstacles, and you were left admiring her courage far more than the film itself.

One thought on “Joy”