This film is a reminder of the amoral nature of our free enterprise system. 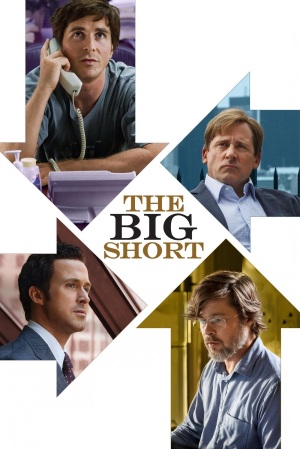 The Big Short is a stunning film that serves as a window into the soul of the American free enterprise system. Every politician should be required to see this movie before running for public office, as it provides a reminder of why our capitalistic system cannot overcome its weaknesses without appropriate government oversight.

Filled with a number of exceptional performances from Christian Bale, Steve Carell and Ryan Gosling, the caustic script from Charles Randolph and Adam McKay, who also was the director, frequently leaves you mesmerized. The soundtrack is at all times catchy and appropriate, and it helps to control your rising anger as you watch many firms on Wall Street engage in actions that resulted in the crash of 2008.

Millions of Americans lost their homes, savings and jobs following an economic disaster that rivaled the Great Depression of the 1930s. Tragically, it becomes very evident that Wall Street conglomerates like Goldman Sachs, Lehman Brothers and others knew exactly what was happening. Making billions in the process, they promoted a housing bubble based on a rigged mortgage market without the slightest concern.

In The Big Short, we see characters played by the great actors named above discover the functional equivalent of the fate of the Titanic, and yet they are laughed at as the big boys enjoy their massive fortunes. Ironically, the movie demonstrates the central problem facing most Americans, namely that few people in this country understood the meaning of phrases like “credit default swaps”. Quite frankly, it is hard to understand them even as they are mocked on the screen.

The bottom line was that millions of mortgages were packed into bonds given Triple A rating by Standard & Poors, and few noticed that the entire structure was built on economic quicksand. Wall Street sang a tune resembling the old phrase, “Don’t worry, be happy”, and our governmental captains of the Titanic did nothing despite the fact that massive icebergs waited in the water ahead.

The film will leave most of you disgusted with the knowledge that our government was forced to use taxpayers’ money to bail out the large companies and banks that cheated the American public. It was almost as if they knew they were too big to fail, and who could let them sink when they would take millions of investors with them. What is even more appalling is to be reminded that no one was prosecuted for their crimes, and many of these firms that caused the problem now use their fortunes to hire lobbyists to make sure that government is not able to prevent them from doing the same thing today.

Though our free enterprise system has great attributes that benefit our society in some magnificent ways, you can’t allow politicians to weaken government control in a meaningful way. As noted several times in the film, you have to be smart enough to reject politicians who blame immigrants and the poor for our economic problems while Wall Street tycoons resurrect the Roaring Twenties and imitate the lives seen in The Great Gatsby (2013).