Everyone in America is on the make. Lord, some U.S. Attorneys are in the news more than the Kardashian sisters. 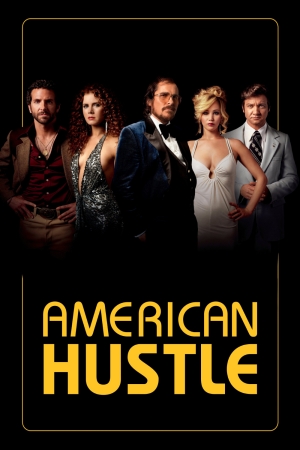 Last year, Director David O. Russell brought us Silver Linings Playbook, the only movie challenged by Life of Pi as the best movie of the year. Regrettably, it was hustled out of the top prize by Argo, as Hollywood felt the urge to honor Ben Affleck for reasons that I still don’t understand.

Ironically, Mr. Russell has now brought us an even better film in American Hustle, which may be honored at Oscar time this year if it can outrace 12 Years a Slave. It is a genuine masterpiece in its own right, entertaining beyond any meaningful description.

First and foremost, it subtly exposes a fundamental reality of American society, namely the need to hustle to get ahead. For example, who doubts the appalling demand on nearly all politicians to hustle the public? What about the hustling of most lawyers in the Indianapolis area to be recognized as “Super Lawyers” every Spring? Take a look at most of the female contributors on Fox News and ESPN and tell me that they are not dressed for success.

With American Hustle, we have con artists being conned by FBI agents as they all try to further their careers. Christian Bale is splendid, here playing Irving Rosenfeld, a guy whose artwork is just as fake as his comb over head of hair.

The opening scene where you watch Bale’s begin his day with systematically applying the touch of Donald Trump to cover his bald head is a profound work of cinematic art that will land you squarely in his corner. On top of that, Mr. Bale’s gained over 60 pounds for his role, playing a devoted patron of the fraud game as long as he didn’t get too greedy. It is an inspiring performance, and it will have to be recognized one way or the other during the awards season.

And then we have Amy Adams and Jennifer Lawrence, playing two hateful adversaries seldom seen jointly on the silver screen. Ms. Lawrence is Bale’s boozy, beleaguered wife while Ms. Adams is his mistress and business partner, and you know they are going to tangle. The scene where an intoxicated Ms. Lawrence plants a firm kiss on the angered Ms. Adams lips in a women’s bathroom is unforgettable.

Furthermore, with the movie taking place in 1978, both women constantly appear in dresses barely covering anything. Ms. Adams is a smart little swindler, and she intends to land Bale.

On the other hand, Ms. Lawrence might be a stay-at-home mom who occupies her time with alcohol and cigarettes, but she’s no quitter. The two women form a contentious duo that has few parallels in the history of film.

And then there is Bradley Cooper and Jeremy Renner playing an FBI agent and a dedicated New Jersey mayor in that order. Cooper regularly curls his hair, and you see him in head curls almost as much as Adams and Lawrence. He is hustling to make a name for himself, and that involves cracking what eventually became known as the Abscam scandal.

As for Mr. Renner, he plays Mayor Carmine Polito, a family man dedicated to helping his constituents, which included the unfortunate rebirth of the Atlantic City casino operation. At heart an honest guy, if success requires a politician to hustle with a payoff here and there, so be it.

It is not an exaggeration to say that the movie is pure magic, taking unexpected twists and turns that throw you off balance. Everyone is hustling everyone, and you come very close to hoping that the crooks succeed.

This film has no weaknesses, and everything is a joy from the script to the music. It is poignant, sexy and not to be missed.