Wouldn’t life be colossally better if we all adopted the mantra, “Live and let live”? 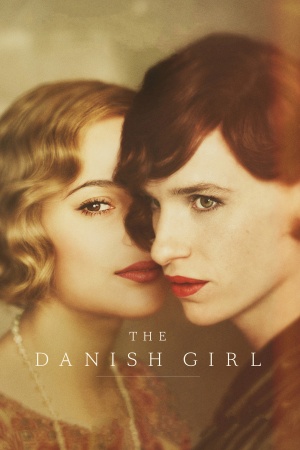 After watching the acclaimed film by Director Tom Hooper, The Danish Girl, I couldn’t help but think of the massive attention swirling around Bruce Jenner and his transgender transformation into Caitlyn. Is it possible that the meaning of this experience has been lost in the Hollywood glare spawned by the attention paid to the regrettable Kardashian clan?

Though this family of woeful, egotistical elitists continues to find a way to command national attention, I put it out of my mind as I sat down to watch this film. I’m glad I did, because the performances of Eddie Redmayne and Alicia Vikander are as spectacular as the story itself.

Gerda Wegener and her husband Einar were Danish artists in the early 1930s who were clearly in love. Continually helping each other, Einar agreed to pose as a woman in an attractive dress for one of Gerda’s paintings when the model failed to appear.  As you undoubtedly know from the previews, nothing was the same in the Wegener family from that point on.

Mr. Redmayne’s performance rivals his Oscar winning role in last year’s The Theory of Everything. He perfectly embodied a person who gradually realized that he was a woman trapped in a man’s body. Initially posing as a woman at social functions with Gerda’s amused consent, he soon reaches the point where he needs to be known by the name Lili Elbe.

Redmayne and Ms. Vikander are at times heartbreaking as they embrace the despair and anguish of a loving couple caught in a catastrophic dilemma having no social precedent. As Einar seeks experimental surgery to finally become Lili, Gerda refuses to walk away from a husband despite the fact that he is about to disappear into a completely new form of reality.

Ms. Vikander has shot to center stage this year with a series of remarkable performances. She was unforgettable in Ex Machina, a force of nature in the overlooked Testament of Youth and the only person in The Man from U.N.C.L.E. that made it watchable.

In The Danish Girl, she truly wishes there was a way to have her husband back, but she also knows that this is a human train rapidly moving away from her. Rather than give in to bitterness and anger, she knows that it is simply best to stand at the station and quietly wave goodbye.

Though the movie has some splendid small performances from Amber Heard, Ben Whishaw and Matthias Schoenaerts, it is a film where two characters command center stage in nearly every scene. As the film neared its conclusion, my thoughts of Caitlyn Jenner reappeared, as I wondered what it would have been like for her had her series of operations occurred in the 1930s in the United States.

Though I am a proud supporter of the group that championed gay marriage and LGBT rights in 2015, I couldn’t help but condemn my failure to support Ms. Jenner and her transition from a man to a woman. Put another way, could I have been one of those who failed to support her because of my previous support for Bruce Jenner in his Olympic quest for a gold medal in the decathlon?

Though I continue to wrestle with my thoughts, the fact is that The Danish Girl is a splendid film having meaning to this very day. It is a bold and searing tribute to those human beings who dare to pass into another dimension of human existence, and the film needs to be both seen and applauded.

← Commentary on the Movies
Star Wars: The Force Awakens →