Be prepared to say, “I really enjoyed it, although I can’t say I liked it.” 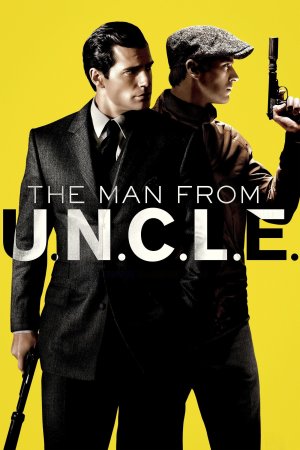 Though it is more form than substance,  Director Guy Ritchie’s average films still prove to be better than most. Broken down to its basics, The Man from U.N.C.L.E. resembles a Bond movie starring Roger Moore after the great Sean Connery left and before Daniel Craig embraced the role.

Here, we have a cold war espionage thriller taking place in 1963. The CIA’s top agent, Napoleon Solo (Henry Cavill) teams with Illya Kuryakin (Armie Hammer), a Russian counterpart, to try and hunt down a nuclear weapon being developed by a terrorist organization. Say what you want about the suspense, both the European scenery and our boys’ flashy attire makes you almost overlook the forced dialogue.

Cavill actually does a good job playing the equivalent of James Bond, Jr., and he almost makes you want to forget his next role where he again appears as Superman opposite Ben Affleck’s Batman. To the extent that it matters, everything about that next film looks absolutely wretched.

As for Mr. Hammer, he uses a Russian accent to good effect. He is a lean, mean fighting machine, though I must qualify any praise with the admission that I was one of the few critics who really liked his role opposite Johnny Depp in the critically savage The Lone Ranger (2013). Regardless, if you doubt his talents, then take another look at his role playing the Winklevoss twins in The Social Network (2010).

To its credit, The Man from U.N.C.L.E. expands on the use of female actresses in action/adventure films in much the same fashion as this year’s Mad Max and Mission Impossible. Simply stated, the only way this film survives as an interesting movie are the contributions of Alicia Vikander and Elizabeth Debicki. Ms. Vikander picks up where she left off with Ex Machina and Testament of Youth, here playing an East German mechanic whose kidnaped father is being used to develop the atomic bomb. Both prissy and pissy, look for the scene where she is dancing alone behind Kuryakin in a bedroom after knocking down too much whiskey.

In Ms. Debicki’s case, she plays Victoria, the brains behind the rogues being hunted. Looking like a demonic version of Grace Kelly in the legendary To Catch a Thief (1955), there is not a kind bone in her body. She uses ex-Nazi scientists to her advantage, and she kills without sentiment or emotion.

Mr. Ritchie is a talented director as previously shown in such films as Lock, Stock and Two Smoking Barrels (1998), Snatch (2000) and the recent Sherlock Holmes movies (2009, 2011) with Robert Downey, Jr. and Jude Law. Quite frankly, if he is going to do a Man from U.N.C.L.E. sequel, I can only encourage him to let the male leads have more to do than just look good or entitle the next film “The Girl from U.N.C.L.E.”