This is a movie that should be frozen away until Newt Gingrich is desperately looking for something to celebrate his eventual fourth marriage. 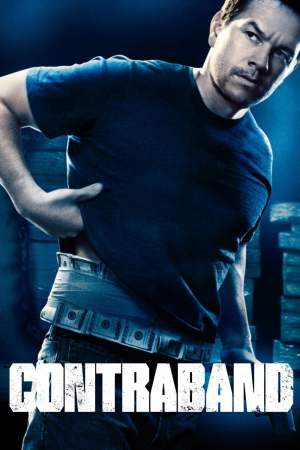 The cinema has one Golden Rule pertaining to movies released to the general public for the first time in January that is seldom violated. You can almost always count on it being borderline trash, as Hollywood is simply trying to milk as much money as possible before winter causes avid movie-goers to stay at home rather than waste time in a theater.

How else do you explain the recent appearance of the insipid The Devil Inside or Joyous Noise, the latter being the ridiculous venture starring Dolly Parton and Queen Latifah? While I won’t cheapen my diminished reputation and see either, I did force myself to go see Mark Wahlberg in Contraband.

To be quite honest, I should immediately apologize to Dolly Parton. While this film has its moments, it is unquestionably demoralizing, hopelessly idiotic and utterly lacking any heart or soul. The good guys are literally thugs with a loving wife waiting at home, and you really don’t need to know any more.

In summary fashion, Mark Wahlberg plays a former drug runner who now is trying to gain some semblance of a decent reputation. He’s running a burglar alarm company (how ironic), and is foolish enough to be married to Kate Beckinsale. Forced to help out his pathological young brother-in-law after the latter screws up his own drug deal, he joins forces with some old friends to travel on a freighter to Panama to bring back a fortune in forged U.S. Currency.

Along the way he tangles with Giovanni Ribisi, a God-awful, tattooed cretin from the lower rungs of Dante’s Hell who enjoys killing anyone. In addition, the talented Ben Foster plays a friend who has secrets that are better left unsaid.

Regardless, the movie has some discernable interest, though precious little. While Mr. Foster has demonstrated considerable talent as reflected by his role as the heartless killer in 3:10 to Yuma (2007), here he fortuitously adds the most meaningful moments to the film. Unfortunately, the delightful J.K. Simmons is wasted as the perverse Captain of the Panamanian tanker.

To add insult to injury, Kate Beckinsale is completely lost as Wahlberg’s wife, a woman who succeeds in literally getting the crap beat out of her on several occasions by the end of the movie. It can only make you thankful that a new Underworld starts this Friday, as we can see her reappear with fangs and  bad attitude as the world’s most gorgeous female vampire.

However, it is the semi-talented Mark Wahlberg who is the ultimate lost cause in Contraband. Though he clearly demonstrated in both The Departed (2006) and The Fighter (2010) that he has acting ability, here he is little more than a handsome actor whose principal purpose is to hopefully distract you from the film’s convoluted plot. More to the point, his success in the abovementioned films came from co-starring with a wonderful cast, something that is woefully lacking here.

Though there are occasional scenes that make Contraband tolerable, it is simply better left unseen. Though innumerable people die violently, it would be a noble decision by all of you to permit Director Baltasar Kormakur’s pointless effort to also die in peace.

← The Adventures of Tintin
Red Tails →