This Movie Had to Bore Everyone other than Teenage Girls 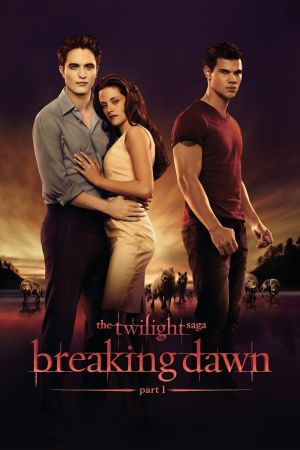 I think I have official proof that my recent hospitalization as a result of being struck by a motorcycle while crossing College Avenue has undeniably left me in movie limbo. Despite the fact that I swear I have completely recovered from an intellectual standpoint, how is it that I was so horrified after watching The Twilight Saga: Breaking Dawn ‑ Part 1?

The sad reality is that it has made over $200 million in several weeks while playing here in the States, so what in God’s name was I missing? Does this definitively establish that I have forever lost any type of reasonable communication with young women?

Let me say that while I have seen the other Twilight Saga movies there was very little meaningful suspense to be found here of any kind. The whole premise was far more oafish at every level.

However, while leaving The Twilight Saga: Breaking Dawn ‑ Part 1, I was once again reminded of how fundamentally idiotic Bush and Cheney were when authorizing the use of waterboarding at Guantanamo and other places. Quite frankly, all they would have really needed to do was threaten to continually play this film to any suspected terrorist and it is all but certain that the poor man would have started confessing within 24 hours!

As most of you know, the central plot involves Taylor Lautner, the occasional werewolf, dueling with Robert Pattison, the world’s most beautiful vampire, over the love of Kristen Stewart. Lautner does little but continually rip his shirt off as he runs into the woods to mutate into a furry creature, while Pattison may wear more makeup than any actor in the history of the cinema.

While I really don’t know if either one can act, there is no doubt that Ms. Stewart can. However, she is given little to do here other than gracefully whine while she prepares for her idiotic marriage to Pattison.

What makes this film so miserably incomprehensible is the fact that both Stewart and Pattison could marry and then flee to an exotic vacation spot off of Rio de Janeiro without ever having a conversation with anyone over the possibility of getting pregnant. Don’t you think if you were going to marry a vampire and then immediately have sex with them that this subject might have been discussed on more than one occasion?

Regardless, this film is brutal drudgery as Stewart gets pregnant with what could be some would-be beast, resulting in vampires and werewolves deciding to seek vengeance on the other. The last hour literally consists of little more than a tedious reflection on Stewart’s increasingly dire pregnancy, and I could only wish that my treating physician had banned me from this movie as a condition of being released from the hospital.

What makes matters worse is that the film contains such wonderful actors as Anna Kendrick and Michael Sheen. The plot gives them little to do, and even their skills cannot sustain any meaningful interest.

Finally, one of the most truly idiotic characters on film has consistently been played by Billie Burke, who is Ms. Stewart’s police officer father. He is dull, boring and insufferable, and I suspect that some of you may share my regret that a werewolf or vampire wasn’t able to take him out simply to add a little enjoyment to their insufferably boring lives.

Yes, The Twilight Saga: Breaking Dawn ‑ Part 2 will be out later next year, and I fully expect that it too will make hundreds of millions of dollars more. While my hope is that Ms. Stewart’s critical pregnancy will turn her into a vampire, I suppose that we all have to control our blessed enthusiasm until the time comes.