The Two Most Enjoyable Films of This Holiday Season 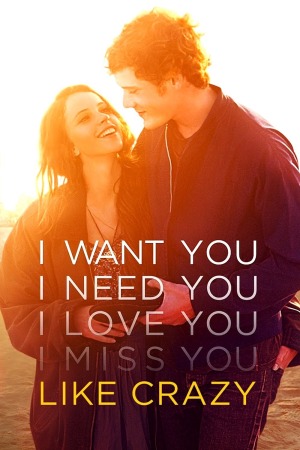 While I know that there have been some viewers who have largely criticized Like Crazy as being little more than a lover’s tale that eventually loses its way, I’ve got to admit that I completely enjoyed it from beginning to end.

Anton Yelchin and Felicity Jones are absolutely marvelous as two young lovers trying to hurdle her immigration problems, and their entire misadventure is a wondrous treat.

Meeting as two college students, Ms. Jones is eventually separated when she is forced back to Britain as a result of abusing her visa. Obviously wrestling with the fact that they are absolutely in love, Yelchin and Jones try to hold together a poignant affair as the passage of time deals one cruel blow after another.

Regardless of how you may feel about Like Crazy, I doubt if you are likely to soon see another movie that treats such a caring relationship so honestly. The audience is drawn to Yelchin and Jones almost as dramatically as they are drawn to each other, and the pain that eventually flows from their enforced separation permeates the entire crowd. It is an absolute joy seeing the two of them have such a marvelous time with each other, although you can’t help but feel that their separation will soon lead to some type of unavoidable destruction. While separated, they both become involved with other people, in Yelchin’s case the wonderful Jennifer Lawrence who we last saw in her incredible performance in Winter’s Bone (2010).

While we watch this sensational love story eventually throw our two lovers into a pit of despair, I couldn’t help but leave the theater and envision most mothers telling their teenage daughters as they left for college, “Look, fall in love if that becomes unavoidable, but just understand that it will eventually blow up in the end.” Like Crazy is a small, superbly acted film that inevitably will make you feel young again. It is a film that must be seen.

MY WEEK WITH MARILYN 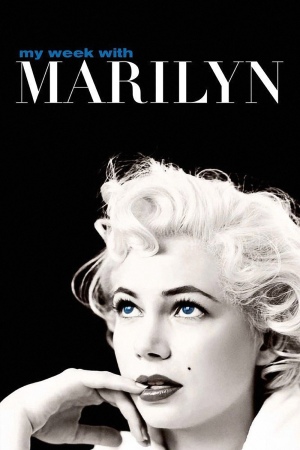 My Week with Marilyn should result in an Oscar nomination for the sensational Michelle Williams who here plays the 30 year old Marilyn Monroe as she attempts to film the movie The Prince and the Showgirl in 1956. I was 10 years old at the time, and as completely in love with Ms. Monroe as probably millions of other young men were around the world.

While I openly admit that my attraction to this film may have been scarred by my attraction to Ms. Monroe at the time, it nonetheless recreates her tragic life over the course of one small week. At the time the movie was filmed, a young production assistant by the name of Colin Clark (here played absolutely wonderfully by Eddie Redmayne) as he kept a secret diary over his interaction with most of the actors, particularly Ms. Monroe.

What you see is a delicate Ms. Monroe haunted by her recent third marriage to the internationally acclaimed writer Arthur Miller. Additionally, she is quietly being swallowed up by a profession she loves on the one hand but can’t avoid the constant use of alcohol and drugs on the other.

Michelle Williams gives a brilliant performance as the tortured Ms. Monroe, a young woman who would love to have international success while at the same time resisting a gnawing urge to simply live a quiet life on some farm. While Ms. Monroe was clearly a tortured soul, so were those who were forced to try to work with her. In particular, Kenneth Branagh gives a marvelous performance as Sir Laurence Olivier, the star of this film who clearly finds Ms. Monroe to be a borderline lunatic. Mr. Branagh is a work of art as he wrestles with his own genius while constantly throwing away caustic reactions about the struggling Ms. Monroe.

In addition, Julia Ormond is memorable in the small role of Vivian Leigh, Olivier’s loving spouse. She is radiant on numerous levels, not the least of which when she poignantly points out how nearly all men are attracted to beautiful young women. In addition, it is worth mentioning that those of you who are Harry Potter fans should look for Ms. Emma Watson. Here she gives a marvelous performance as Lucy, an attractive young woman working on the set who is inevitably attracted to Mr. Clark. When Mr. Clark eventually ignores her as he falls for the entreaties of Ms. Monroe, Ms. Watson at least finds some comfort in the fact that his heart was eventually broken.

Similar to the above review Like Crazy, My Week with Marilyn rises above its weaknesses. It is not only a stirring tale of some deliciously entertaining characters, but it also provides a bit of insight on why Ms. Monroe was eventually left facing destruction in an industry she cherished. Ms. Williams is a treat as the disturbed Ms. Monroe, and you can’t help but feel tremendously sorry for her as she tries heroically to swim in a river that will eventually drown her.

Regardless, My Week with Marilyn provides some marvelous insight to a variety of people who deserve to be remembered. Hunt it down, as I don’t think you will be disappointed in any way.

← The Descendants and Hugo
The Twilight Saga: Breaking Dawn – Part 1 →