Not a bad film, but not a great one by Pixar standards. 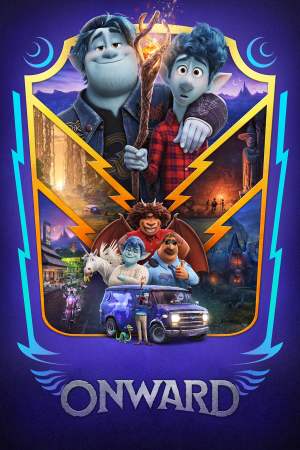 Who would have thought that a lousy pandemic would keep me out of movie theatres. While I hate it, this could be my last review for an indefinite period.

Regardless, while Onward has an adult theme, it is really more of a children’s movie. In particular, much of the dialogue is more corny than amusing.

In summary, the film tells the story of two teenage elf brothers who are trying to rediscover magic that has disappeared from their modern society. Their goal is to find a way to bring their late father back to life so that they could hug him one last time.

The elf brothers are voiced by Tom Holland and Chris Pratt. Having re-created their father only from the waist down, they have only 24 hours to find a jewel to complete their efforts to restore their father to his original form.

In the process, they end up on a life-threatening journey that kids will love. They are pursued by their mother (Julia Louis-Dreyfus) and her companion, a deranged and quite funny Manticore (Octavia Spencer), who want to save the boys from destruction.

Without giving it away, the ending is what saves this film for adults. What if all of us had a short moment to embrace a deceased father who passed away when we were children? Hang around for that emotion conclusion.

← Portrait of a Lady on Fire
The Pandemic →