Next to Jojo Rabbit, this is the most witty, creative film of 2019. 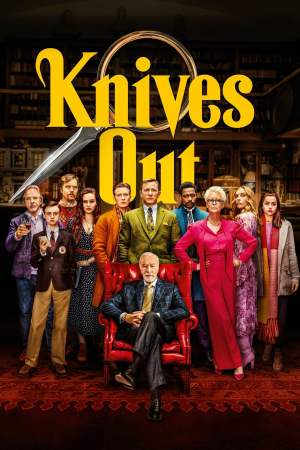 Ironically, the outlandish, hysterical performance of a large cast combined with an Oscar worthy screenplay made the plot of Knives Out largely irrelevant. Centering on a birthday party for a family’s 85 year old patriarch where he is found dead in his room with his throat slit, an investigation ensues to determine whether the cause of death was suicide or murder.

Daniel Craig has never been better, here playing a private detective hired by an unknown family member to investigate. With the family forced to remain in the deceased’s old mansion, it soon becomes evident that all of them remain suspects.

Toni Collette, Don Johnson, Michael Shannon, Jamie Lee Curtis, and Chris Evans give outrageously enjoyable performances as troubled family members who wrestle with the discovery that their deceased patriarch, played in expected splendid fashion by Christopher Plummer, has deleted them from his Will. To make matters worse, anger is enhanced from the fact that the entire inheritance has been left to Ana de Armas (Marta Cabrera), the young Ecuadorian immigrant who was hired to care for Mr. Plummer.

As Mr. Craig seeks to solve the potential crime, you will be left repeatedly laughing long before the film’s wonderful ending.