This engaging documentary uses unseen footage to relive one of the great moments in history. 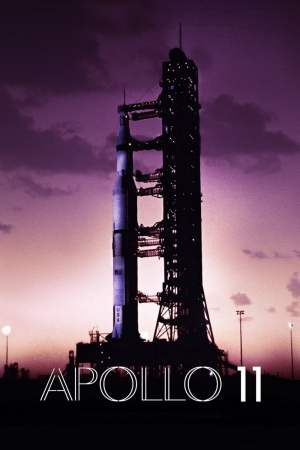 Having just seen Director Damien Chazelle’s 2018 film First Man, I was initially reticent about seeing this documentary. However, having discovered that Director Todd Douglas Miller used unseen footage for much of the film along with the fact that it was playing at the IMAX Museum in downtown Indianapolis, I quickly decided to hunt it down with a group of friends.

And I am delighted that I did so, as are my friends. It is a wonderfully engaging film from beginning to end, and it creates the feeling that you are reliving the actual event in 1969. Other than a very moving narrative by Walter Cronkite at the beginning of the film, the rest of the dialogue becomes largely irrelevant.

As the movie opens, you watch a large caterpillar tractor tow the Saturn Rocket to its launch site. You then see an overview of the tens of thousands of tourists who camped at various places at Cape Canaveral to personally witness Armstrong, Aldrin and Collins blast off to the moon. The rest of the film alternates between the command centers in both Houston and Cape Canaveral and in the Apollo capsule as it navigates through space.

Chazelle’s First Man spent a great deal of time focusing on the personal lives of the astronauts, which included Neil Armstrong and his wife Janet, played memorably by Ryan Gosling and Claire Foy. This documentary concentrates solely on the astronauts and hundreds of technicians who work to bring our boys safely home to Earth after their eight day voyage.

One of the most powerful moments in this film involves our astronauts on their return to Earth. As they loosen up a bit, they listen to John Stewart’s Mother Country being played on a weightless cassette player. They song is then magically enhanced for the enjoyment of the audience, and I’m sure I’m not the only one who wanted to immediately go out and hunt down that brilliant song.

While we all know what happens on this space adventure, there has never been a more emotional moment recorded on film than when Armstrong first steps on the moon, saying, “That’s one small step for man, one giant leap for mankind.” You also watch Armstrong and Aldrin as they set up an American flag, a scene deleted for unknown reasons in First Man. Regardless, as you watch Armstrong stand upright as he salutes the flag, you are reminded of a time where patriotism had meaning for most Americans.

Let me close by noting that the film recreates life in 1969 in a fashion forgotten by nearly everyone. It was amusing to watch the clothes, cars and hairstyles of the tourists, and you are left laughing as you watch them and NASA employees use payphones to make contact with friends and family. You remember for a moment what it was like before cell phones were invented.

In that regard, I should also point out the scenes where a large number of NASA employees were working behind small computer screens. You were left imagining how space travel could be simplified today with technological advancements that made 1969 seem like watching Columbus in 1492.

This film is being released in Indianapolis for one week only, and its last date at the IMAX will be tomorrow, March 7. While I’m hopeful that other theatres will be able to find a way to play it on the big screen, please be advised that you have but two days left to find room in your busy schedule.