Give yourself an early Christmas present and go see this movie. You will treasure the entire experience. 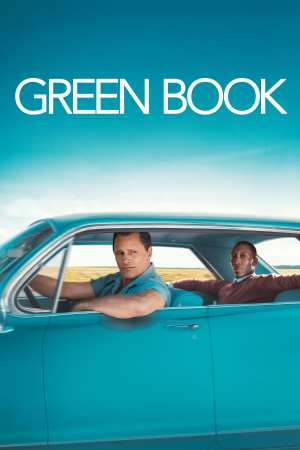 Green Book follows in the path of Bohemian Rhapsody as two brilliant films that have suffered unjustified criticism. From my standpoint, I continue to have a hard time accepting criticism of movies “based on a true story” simply because various moments are embellished or deleted to both provide meaning and entertainment value to the entire film.

Green Book tells the story of Dr. Don Shirley, a well-recognized African-American classic pianist who embarks on a performance schedule through the deep South in 1962. Given that this is the era of Jim Crow, Dr. Shirley hires a white Brooklyn bouncer known as Tony Lip to be both his driver and bodyguard. Lip is a quintessential traditional middle class Italian surrounded by a loving family and a group of friends who personify many of the same traditional Italian values that you previously witnessed in the Godfather movies.

Though they begin with nothing in common, the strength of the film is found in the growing friendship of Dr. Shirley and Lip. Shirley is played by Mahershala Ali, and he is a quiet, divorced gentleman dedicated to his music and a daily bottle of Scotch. Mr. Ali has previously demonstrated his great acting strength in his Oscar-winning role in Moonlight (2017), the powerful Hidden Figures (2016) and the overlooked Free State of Jones (2016).

But as good as Mr. Ali is, this film belongs to the performance of Viggo Mortensen as he literally becomes Tony Lip. Gaining significant weight for his role, his character grows from a relatively unlikeable human caterpillar into a caring butterfly that you will likely find immensely captivating.

The great value of this film is additionally found in its recreation of the vast racism that dominated areas of our country less than 50 years ago. To begin with, the title of this movie flows from an actual book that existed for use by black American citizens who dared to travel through the South. It told them where to stay and eat to avoid the likelihood of being brutally beaten. After all, one has only to remember that ­Nat King Cole was attacked by the Klu Klux Klan while performing in 1956.

Though Dr. Shirely was far more sophisticated than the pedestrian Lip, the discrimination faced by the good doctor caused his driver to emerge out of his social cocoon and defend him. Their evolving friendship was reflected by moments where Dr. Shirley was warmly greeted at an auditorium where he would be playing in front of an all-white crowd only to find that he would be forced to return to his own motel miles away if he wanted to use the restroom. A similar scene occurred to one of the women working at NASA in Hidden Figures.

Most of you will embrace the social relevance of this film that will leave you wiping away a tear as you smile with joy at its warm ending. However, the movie’s racial import left a reminder that the bigotry haunting much of the South decades ago is alive and well today. Think of the recent gubernatorial races in Georgia and Florida as well as the shockingly miserable performance of the Republican senatorial candidate who won the election in Mississippi.

I inadvertently discovered the nature of southern racism in the early 1980s when I attended an IU basketball game in New Orleans in late December. As I drove my Volkswagen convertible to Key West to experience New Years Eve, I kept stopping at various exits as I drove through Mississippi and Alabama as I tried to find a place to buy a beer.

Unfortunately, every time I pulled off the highway the tavern displayed a sign saying “For Members Only”. When this happened a third time, I decided to go in and see if I could persuade them to wait on me. When I walked in and explained my problem, the bartender began laughing as he informed me “Listen, buddy, don’t you know that you are already a member?” That moment functioned as my own edition of a white man’s Green Book.

Though this wonderful film has begun slowly at the box office, it is showing some momentum in much the same fashion as The Greatest Showman did last December. Hopefully it will continue to find traction as it remains one of the most powerful, rewarding films of 2018.