Moonlight has a great message, but it is not a great movie. 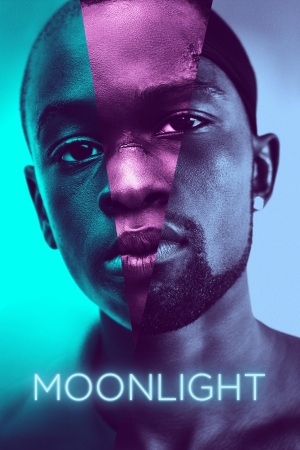 Widely praised by critics across the country, Director Barry Jenkins’ Moonlight moves extraordinarily slowly from beginning to end. It functions as a three-act play as you watch a young African-American kid try to survive in Miami’s drug infested inner city.

The film’s three interconnecting parts are labeled as Little, Chrion and Black. Little (Alex Hibbert) plays Chrion as a young teenager. In the process, he wrestles with his sexuality which involves ridicule and beatings at school. On top of that, he lives with a drug addled mother, played in moving fashion by Naomie Harris. She is a woman who frequently abandons her son to get both high and laid by any available man.

Little can only find comfort from Juan (Mahershala Ali), a kind man who takes him under his wing. But the drug culture in Miami expands its tentacles to involve Juan, and Little is left largely struggling on his own.

Ashton Sanders plays Chrion in his later teenage years, and his suspected homosexuality continues to invite trouble from other students. When he is viciously mugged on school property, he eventually finds the strength to get even in a classroom which results in his incarceration.

After he has gained his freedom, the movie fast forwards to Chrion as an adult, now known as Black (Trevante Rhodes). Chrion is now trapped in a drug dealing environment that resembles the life his mother was leading. It is a profoundly sad moment, and it embraces the destruction caused to so many young African-American men and women who are poisoned by an environment they can’t escape.

Unfortunately, while the movie has a powerful message, it drags along at such a slow place that makes it a bit tedious. Quite frankly, I noted that it was broken down into a three-part play, and I think it would have been more compelling if shown on Broadway.

Let me close by repeating an observation I have made for many years. Family life in many parts of our inner cities has taken a profound beating, and it hasn’t helped that we send kids home for the summer. That serves no purpose other than to eventually lose many of these kids to the street.

Furthermore, having practiced criminal law for decades, I know first hand that a large percentage of prison inmates in every state are high school dropouts. As a consequence, we need to have a national program that mandates school lasting year round from kindergarten through the 12th grade in our major metropolitan areas. Let’s make sure we clothe and feed these kids while providing a proper education, and let’s see the results. Good grief, what do we have to lose?