In between an artistically brilliant beginning and a very violent ending, this film has a surprising plot that probably won’t save it for long from the cinematic trash heap. 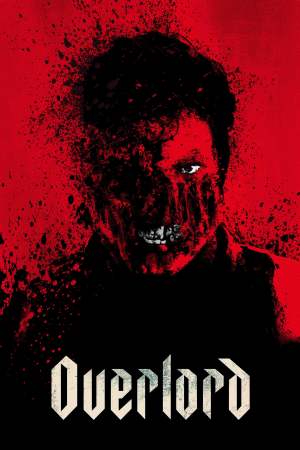 If you have been moaning and groaning at home wondering when Hollywood is finally going to release another D-Day/Nazi/zombie film, then Overlord will be your cinematic cup of tea. But I urge you not to dismiss this movie as a bunch of nonsense as it has some fine acting coupled with an engaging plot that will likely keep you intrigued to the very end.

To begin with, it begins with some great special effects as Allied paratroopers try to land in Normandy to assist with the naval invasion. Five survive after multiple planes are shot out of the air, and in the process they try to complete a mission to destroy a Nazi radio tower to help the naval invasion succeed.

What makes the movie intriguing is that you won’t recognize any of the principle actors. Jovan Adepo plays Boyce, a paratrooper whose kindness subjects him to ridicule from his colleagues. Wyatt Russell plays a central role as Ford, a corporal dedicated to accomplishing their mission at all costs.

While other male actors succeed in roles as the remaining Allied crew, Mathilde Ollivier stands out as Chloe, a French woman who gives our out-manned crew needed assistance. Both attractive and headstrong, she is dedicated to helping her young brother survive regardless of the personal cost.

When our small group of soldiers finally arrived at the tower they seek to demolish, they are shocked to discover that the Nazis are engaged in an underground experiment designed to create a zombie-type army to enable them to succeed in their darkest endeavors. Without giving anything else away, let me simply say that they run a large lab where they are bringing the dead back to life where they now have the ability to survive nearly any assault.

While I know this sounds absurd, the film has a dark appealing quality that keeps you focused on its eventual conclusion. That is largely due to Pilou Asbaek’s performance as the Nazi villain Wafner. Mr. Asbaek gives an extraordinary performance as a diabolical man who enjoys trying to force the captured Chloe to have sex to save her brother while subsequently laughing with sinister glee when he is tortured by the Allies after being captured. This is one of the most memorable hateful performances I have seen on the big screen this year.

In any event, Overlord is one of those films whose cinematography will leave you thinking “This isn’t nearly as nonsensically dismissive as I thought.” It reminded me of why I admire movies with the courage to roll the dice with an unknown cast.

← The Girl in the Spider’s Web
Widows →