The Girl in the Spider’s Web

This is not a sensational film by any definition, but it is worth the price of admission. If you are a fan of Claire Foy, see it for that reason alone. 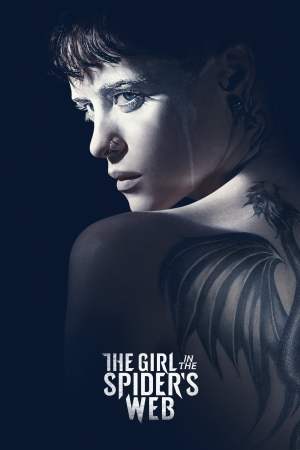 While The Girl in the Spider’s Web, directed by Fadea Alvarez, does not measure up to the original films, it still finds a way to capture your attention. That comes primarily from the talented performance of Claire Foy as Lisbeth Salander, the tattooed Swedish ingénue who repeatedly takes a licking but keeps on ticking.

To begin with, this film is cursed by the simple fact that it lacks the majesty reflected by the original three Swedish films, The Girl with the Dragon Tattoo, The Girl Who Played with Fire and The Girl Who Kicked the Hornets’ Nest. Those films, based on the novels by the late Swedish author Stieg Larsson, were dark masterpieces where Noomi Rapace gave unforgettable performances as Ms. Salander. Though the English version of The Girl with the Dragon Tattoo, directed by David Fincher, was also quite entertaining given the performances of Daniel Craig, Rooney Mara and Christopher Palmer, you simply have to take the time to see the Swedish versions to understand their magnificence.

With the death of Mr. Larsson, the present film was based on a subsequent book written by David Lagercrantz. However, while it captures some of the essential essence of the Swedish films, the plot proves to be a bit confusing which will likely lead to its quick demise at the box office.

In summary fashion, Ms. Salander is recruited to try and steal a computer program known as FireWall, which provides access to codes for nuclear weapons around the world. Mayhem results, people are killed, and Ms. Salander finds herself working with N.S.A. agent Alona Casales (Lakeith Stanfield, who you should remember from this year’s sensational Sorry to Bother You), to try and recover the program. In the process, Ms. Salander also finds herself working with her old journalist lover, Mikael Blomkvist (Sesverrir Gungudson), which proves difficult given his close relationship with another woman.

More to the point, the entire film focuses on Ms. Foy’s Salander as she literally gets the crap beat out of her repeatedly throughout the film. Despite being beaten, drugged and nearly suffocated to death, Ms. Salander again proves that she has the strength of a human opossum, a woman who can play dead and later rise to seek revenge.

This is not a film that’s received a lot of critical praise, but, as noted above, I found Ms. Foy’s performance completely worth the price of admission. On top of that, she discovers that her principle opponent is her sister, Camilla (an unfortunately overlooked Sylvia Hoeks), and their struggle to see who prevails provides the strength of the film.

In any event, if you question the worth of paying the price of admission for this film, then hunt down the three original Swedish films. You are likely to be pleasantly surprised.