While the demand from the holidays has kept me from reviewing films in my traditional format, let me give you a brief synopsis of five of them.  I’ll put them in order of significance.

Let’s start with Coco, a film that should win an Oscar in this year’s animated category.  It is powerful, moving, heart breaking, and inspiring.

Released by Pixar and directed by Lee Unkrich, it tells the story of Miguel, a 12 year old boy whose dream of becoming a musician is thwarted by a caring family where music is banned.  Seeking to pursue a quest that will not alienate his family, he accidentally ventures into the world of the undead.  They are a likeable group of amusing skeletons, and he seeks their help to try and find a way back home into his real world.

There are a number of wonderful characters in this lovely film, none more so than Hector, a skeleton from the afterlife voiced by the talented Gael García Bernal.  As Miguel seeks Hector’s help in returning home, he discovers that a dead soul can only survive in his world as long as at least one person on earth remembers his or her name.

This film reaches a dramatic moment when Miguel discovers that Hector is his late uncle.  The only person who can save Hector from extinction is his daughter, Miguel’s grandmother who is suffering from dementia.  You will be fighting back tears as you watch Miguel hope to find a way to have his poor grandmother remember her father when she is struggling in a mental state where she can’t remember anyone.

This move is graced with a dazzling screen play and some great music, not the least of which is “Remember Me.”  It is overpoweringly meaningful, and it is a reminder about how life is fleeting for us all.

The second film on my must see list is the surprising Jumanji: Welcome to the Jungle.  Though they are both popular, Dwayne Johnson and Kevin Hart have been in some God awful films.  However, they make some valuable contributions in this movie which helps it become so enjoyable.

The secret to this film’s success is that four teenagers suddenly mutate into adults where they have changed in fundamental ways.  Beginning as four high school teenagers serving a period of detention while cleaning up a school storage facility, their use of the Jumanji board game suddenly leads them into a jungle where they are fighting for survival.

To begin with, a high school football star finds himself in the body of the puny Kevin Hart.  His nerdy white friend suddenly evolves into The Rock.  On top of that, Madison Iseman plays an arrogant, self-centered female student who finds herself in the body of Jack Black.

And while Karen Gillan commands center stage as a depressed student who now finds herself with the skills of Wonder Woman, our gang of four is on a perilous trek to find a jewel that will allow them to return to their teenage life.  However, let me just emphasize that you will be laughing repeatedly throughout this surprisingly entertaining movie, and I know you won’t forget the hysterical scene where Jack Black seeks advice on how a man urinates. 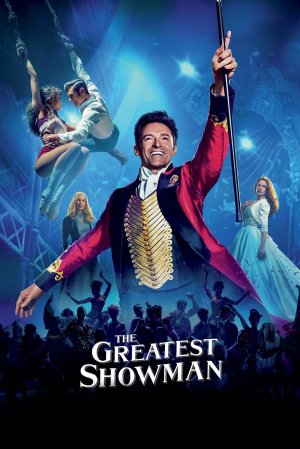 The Greatest Showman is not a great movie, but it is wildly entertaining.  It is a musical filled with powerful songs and some spectacular choreography, and it will leave you repeatedly tapping your foot.

Despite being dismissed by many critics, it joins this year’s Logan Lucky as likeable movies that will die quickly at the box office.  That is unfortunate, as both bring some creative energy that lies at the heart of most meaningful movie experiences.

Hugh Jackman plays P.T. Barnum, a man from a poor background seeking to find fame and fortune.  Helped by a loving wife (Michelle Williams) and two adorable, young daughters, he uses his genius to concoct a scheme where the public will pay to watch deformed human beings in various size and shapes perform.

What gives this film meaning is that these collection of characters, known as freaks in the real world, discover meaning flowing from a family formed under Barnum’s guidance.  In the process, we watch great contributions from Zendaya, a creative performer on the trapeze, and Keala Settle, playing a bearded woman with a great singing voice who will capture your heart.

While Zac Efron is also memorable in a small role as Barnum’s assistant, you will never forget the performance of Rebecca Ferguson, here playing Jenny Lind, a famous European singer.  Seeking to use Ms. Lind’s tremendous talent as a way to lure society’s upper crust into his world, his attraction to her dances on the edge of destroying his life.

As an example of why I like this movie, I stuck around and watched its lengthy credits so I could rehear two of the most powerful songs played in the film.  Need I say more? 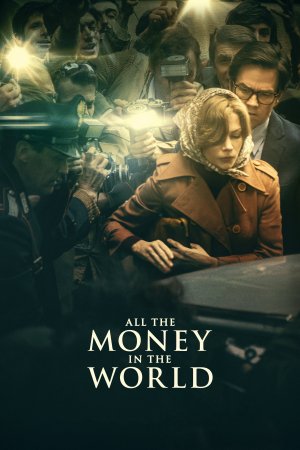 And then you have All the Money in the World, a dark, brooding film that is difficult to endure.  Though Christopher Plummer gives an Oscar worthy performance, his role as John Paul Getty creates one of the most unlikeable characters to have ever graced the movie screen.

In summary, his arrogant, drifting 16 year old grandson, John Paul Getty III (Charlie Plummer), is kidnapped in 1973 while pointlessly drifting through Rome.  When a ransom demand of $17,000,000 is made, his financially strapped, divorced mother (Michelle Williams) is forced to turn to her old father-in-law.  However, you quickly learn all there was to know about Mr. Getty when he holds a news conference and refuses to pay a dime to save his grandson’s life.

The rest of the film centers on Ms. Williams’ trauma, her son’s captivity and a billionaire whose only principal goal in life is to make more money.  Furthermore, his devotion to financial transactions led him to play little if any role in the lives of his children.

Mark Wahlberg has a small role as an ex-CIA agent who serves as Mr. Getty’s right hand man when facing trouble.  He eventually becomes aligned with Ms. Williams as they try to save the life of her son, but how do you try to persuade a man to do the right thing when he may be the wealthiest, self-centered prick on the face of the earth?

Ironically, one of the great performances in this film comes from Romain Duris, who plays Cinquanta, one of the young Getty’s kidnappers.  He actually develops a bit of a friendship with the young lad, and this becomes important when a severed ear is sent through the mail to emphasize the seriousness of the kidnappers’ demands.

As noted, the film has some artistic significance that is swallowed up by the simple fact that you would never take the time to see it again.

Finally, we come to Downsizing, an overstuffed, confusing film.  Matt Damon gives another lack luster performance on the heels of his regrettable role in the equally regrettable Suburbicon.

See it at your own risk.