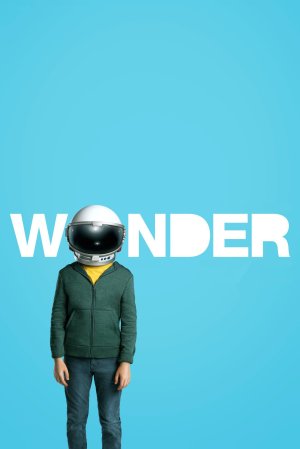 Wonder, directed with charm by Stephen Chbosky, is a movie that all children of any age should see, particularly when sitting next to parents who will be constantly wiping tears from their eyes. Based on a best-selling book, the film follows a young boy with massive facial deformities as he dares to enter the fifth grade after being home-schooled. The film will charm the most cynic members of the audience.

Having previously shown his inspiring gift for acting as the young boy trapped in a garage with his mother in Room (2015), Jacob Tremblay gives a dazzling performance as Auggie Pullman, a kid whose facial disfigurement leaves him wearing a space helmet when he goes out in public. At the urging of his parents to finally discover life in the real world, he departs for school, leaving his helmet behind.

What you then see unfold is a sad depiction of how callous and unfeeling even kids can be. No one wants to sit with him at lunch and they only stare at the young boy as he walks down a hallway. Returning home after his first day, he feels so miserable that he regrets going out in public as a normal kid.

However, his parents, played by Julia Roberts and Owen Wilson, won’t allow him to quit. Though they are personally troubled by their son’s perception that he is being treated like a circus freak, they are smart enough to know that he just has to persevere and see what awaits down the road.

As Auggie’s school life unfolds, the story also focuses on kids with other problems. His sister, Via (Izabela Vidovic) is a teenager troubled by parents she loves who devote most of their time to her brother. She fights to be considerate while wrestling with the feeling that she is being constantly treated like the extra in a play.

And then there is Via’s best friend Miranda (Danielle Rose Russell), a girl who returns from summer vacation by treating Via as a person she barely knows. As her story unfolds, you learn that this young girl lives with her divorced mother who finds alcohol as the only means of soothing her agony.

There are other stories, but everything revolves around Auggie. This tiny little film gives meaning to the old phrase that time heals all wounds.

Let me close by noting one shortcoming, namely the selection of Owen Wilson to play Auggie’s father. While Julia Roberts does what you expect Julia Roberts to do, Wilson continues to appear on screen with his shaggy head of hair that makes him look like an old hippy. Furthermore, his decision to daily wear tennis shoes with his suits as he heads to an unnamed job becomes nearly as distracting as Kenneth Branagh’s unfortunate scenes of constantly wearing no heavy clothing as he ventures outside following an avalanche in the Orient Express.

However, Mr. Wilson has a relatively small role and the film rises above his limited talents. As I left the theater, I could only mock myself by noting that the film was about Auggie, not his dad. Besides, we should all be thankful that Ben Affleck did not play Auggie’s father.