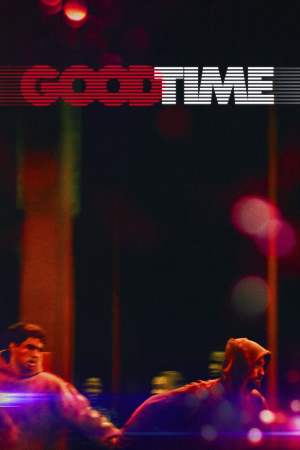 The main thing lacking in Good Time is that it is not a good time.

Though the film, directed by Ben and Josh Safdie, is without question creative and original, it ends up taking you to the edge of boredom. It tells the tale of two brothers, one who is emotionally challenged, who proceed to rob a bank and suffer the consequences.

The strength of the film is found in the performance by Robert Pattinson, here playing Constantine Nikas. He continues to show acting range that helps you forget his lamentable performances in the Twilight series (2009-2012). Showing up wearing a beard as he did in the recent The Lost City of Z (2016), Pattinson’s strong concern for his intellectually challenged brother suffers a bit when he involves him in a bank robbery.

To begin with, their plans for escape are thwarted when a red dye pack erupts in their getaway car, drenching them in contents. Nick, Mr. Pattinson’s brother,  is soon arrested, and the rest of the movie follows their attempt to allude the police after Pattinson helps his brother escape from custody in a hospital where he is treated after being brutally beaten at Rikers Island.

As noted, Mr. Pattison is quite good. But it would be foolish to overlook the contribution of Mr. Safdie, a co-director, who plays Nick, the handicapped brother. He has to depend on Pattison for leaderlship and decisions, and in the process the two of them float from one foolish event to another.

As I left the sparsely attended film, I spoke to a woman who was hunting for the keys in her purse. Asking her for her thoughts, she said, “My God, it was a complete waste of time.” In response, I told her that it “Beat attending a Trump rally”, to which she laughed and we parted company. 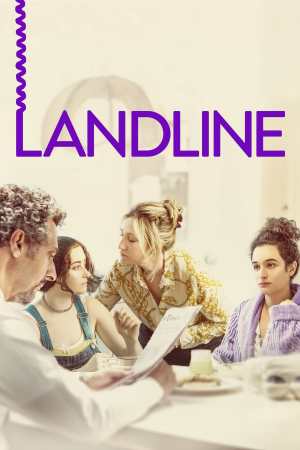 In the end, the film emphasizes the significance of forgiveness. Unfortunately, it takes a long time in getting there.

Directed by Gillian Robespierre who previously brought us the intriguing film Obvious Child (2014), Landline showed a lot of promise. It had some talented actors ranging from Edie Falco, John Turturro and Jenny Slate, and it looked like a film that would quickly involve you in the premise.

Unfortunately, it failed. Turturro, married to Pat (Edie Falco), is suspected of having an affair by his two teenage daughters, and they become fixated on finding out if their suspicions are true. To complicate matters, Ms. Slate, engaged to a young man played by Jay Duplass, loses her focus when she becomes sexually involved with an old college friend.

While I’m the first one to agree that any film starring Ms. Falco, Mr. Turturro and Ms. Slate is worth seeing without any promotion, this film devolved into a bad counseling session. Her parents’ good marriage had rough edges and Ms. Slate damaged an engagement to her great regret.

It is worth noting that Abi Quinn plays Ms. Slate’s sister, a younger high school girl trying to learn from her relatives’ bad mistakes. In the end, she proves to be the smartest one of the group, ending a relationship with a young man who she really liked simply because it would likely end when she left for college the next year.

Though the film frequently deals with a family’s anguish in an intriguing manner, the film becomes one of those movies that you describe using an old phrase, “Nice effort but no cigar.”