How can you love a film filled with tension, anxiety and grief? I did, but I wanted to warn you. 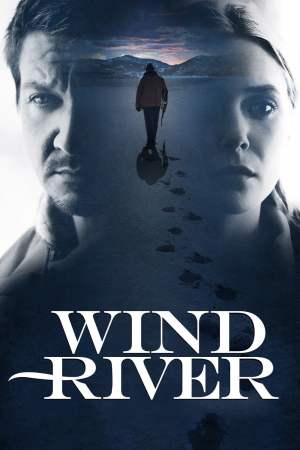 Wind River resembles Detroit in that they are two valuable films having great meaning that are intentionally devoid of entertainment value. Written and directed Taylor Sheridan, who received an Oscar nomination for writing last year’s Hell or High Water, it shines a dark light into the underbelly of life on an Indian reservation in present day Wyoming.

Jeremy Renner gives a commanding performance as Cory Lambert, a wildlife tracker whose job it is to protect the cattle and sheep herds that roam the reservation. In the process, he discovers a dead Indian girl lying in the snow, and he becomes involved with law enforcement to try and find those responsible.

He eventually teams up with an FBI agent who is a bit out of her league. In the process, Director Sheridan takes off on a journey that exposes the violent life led by many Native American women.

Elizabeth Olsen does a fine job as Agent Banner, as does Gil Birmingham, who plays the grief stricken Martin, the father of the deceased girl. Graham Greene also makes a valuable contribution to the film, here playing Ben, one of the few law enforcement agents on the large reservation. Both Mr. Birmingham and Mr. Greene have a way of capturing your attention with small performances as demonstrated by Greene in the underrated The Shack released earlier this year and Mr. Birmingham in the acclaimed Hell or High Water (2016).

As noted, the theme of this film focuses on the desperate lives led by many young Indian women. To make matters worse, Mr. Lambert’s daughter had been killed years earlier, and he and his ex-wife (Julia Jones), a Native American, remain largely unconsolable.

Let me conclude by saying that the cinematography is spectacular as it shows Mr. Renner snowmobiling through the wilderness, frequently at high speed. Having spent 4 days snowmobiling with my grandchildren in Yellowstone last year, the film has a beautiful backdrop that proved to be one of the most rewarding reasons to make the effort to see it.