The Fate of the Furious

Wear a disguise and venture in to see this film. Drink your embarrassment off in a bar after leaving the theater. 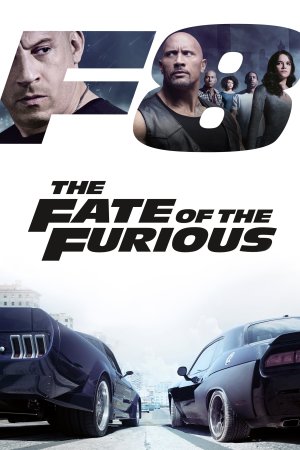 How is it possible that a film as corny and absurd as The Fate of the Furious could be so entertaining? Years from now we’re going to view the Furious movies in the same fashion as we now do Jerry Lewis and the Three Stooges films. Yet people flocked to those seemingly meaningless movies without apology at the time, just as they do the Furious series.

Once again there is little new with the recent Furious edition that we basically haven’t seen before. Sure, Dom (Vin Diesel) has gone rogue for reasons that I will not explain, but the rest of the crew joins together to save Mother Earth. Cars crash into each other in spectacular fashion, and wait until you see a submarine blast through the ice in Russia to try to destroy our heroes with a surface torpedo. Needless to say, you know from the beginning that our gang will prevail in the end.

To Director F. Gary Gray’s credit he has added the immensely talented Charlize Theron and Helen Mirren to the story. Ms. Theron is a beautiful villainess in blonde dread locks who forces Dom to switch sides while Ms. Mirren has a small role that adds a great deal of humor to the story. It is almost worth watching the movie based solely on her secret relationship with the character played by one of my favorite actors, Jason Statham.

While I am yet to be convinced that Mr. Diesel has acting talent, he does possess the good sense to concentrate on being a part of the team. Dwayne Johnson, Tyrese Gibson, Nathalie Emmanuel and Chris “Ludicris” Bridges continually spout one-liners that make you laugh, and Michelle Rodriguez does a great job underplaying her role as the love of Dom’s life.

It would be easy to dismiss this film based solely on the fact that it is filled with scantily clad women where the camera focuses on their boobs and butts, but who really cares? The movie deserves credit for starring a diverse cast that you will seldom see in critically acclaimed “quality” movies.

Write this movie off if you will, but it has a theme based on family and friendship that is surprisingly heartwarming. Besides, I always loved the Three Stooges!