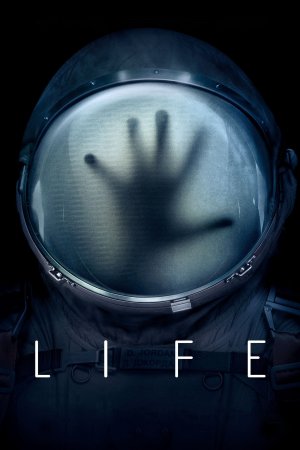 Here, a space station waits to snare a container sent from Mars that may contain the first evidence of life in outer space. With the task completed, our crew’s joy at finding a tiny organism in the station’s lab quickly goes south when it evolves into a small squid-like monster hellbent on destruction.

This movie is so profoundly one dimensional that it is totally unnecessary to even briefly describe what happened. There are a number of good actors in this movie ranging from Jake Gyllenhaal to Ryan Reynolds, but they rarely do little more than flee throughout the spacecraft in a state of panic before our alien wraps his tentacles around them for an early lunch.

To be quite honest, the killer squid looks like the deranged brother of Sponge Bob Square Pants. However, Sponge Bob’s alter ego lacked his altruistic kindness as well as a sense of humor, leaving “Sponge Bill” as an alien with a little more than a large appetite that he needed to satisfy.

It gives nothing away to alert you to the simple fact that our space station crew has to keep “Sponge Bill” out of the Earth’s atmosphere. This causes them to confront their own inevitable death to preserve life on Earth, an interesting concept that gets lost in space.

How sad that a film called Life has no life of any kind.

← Commentary on Trump and Taxes
The Zookeeper’s Wife →