Manchester by the Sea

This is a monumental film about a man whose memory of a God-awful event has caused him to lose every ounce of self respect. 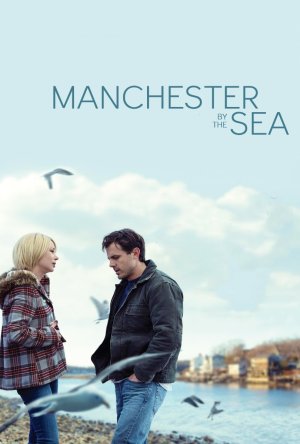 Director Kenneth Lonergan’s Manchester by the Sea earns its wide praise, and it will likely challenge on multiple levels at Oscar time next year. However, like last year’s Room, it will leave you as emotionally devastated as any film you have ever seen.

The previews are fundamentally misleading, and you basically have no idea what awaits you. Casey Affleck gives a stunning performance as Lee Chandler, a guy working as a janitor in Boston who returns to his hometown in Manchester when he learns of his brother Joe’s (played memorably by Kyle Chandler) sudden death. Trying to deal with this heartbreaking event, Lee is stunned to learn that he has been made the guardian of Patrick, his teenage nephew. While you are yet to learn the reason, Lee wants the lad to move back to Boston with him, as Manchester carries some devastating memory that he can’t stand to relive.

As wonderful as Affleck’s performance is, Lucas Hedges matches him in his role as Patrick. Though he is confused and distraught over the death of his father, he wants to remain in Manchester so he can continue to participate in sports with friends and pursue two girlfriends while playing in a band.

To make matters worse, Lee runs into his ex-wife Randi, and any conversation leaves them both tortured beyond adequate description. Whatever happened to this couple clearly destroyed their marriage, and a simple hello only serves to open up old wounds.

With Patrick’s mother (Gretchen Mol) remarried and living in another city where she tries to escape her alcoholic past, it is clear that Patrick’s future depends on Lee. A relationship gradually develops between the two, though Lee’s angst leaves him one step away from bar fights that function as an act of masochism.

What Mr. Longergan examines are the consequences of a father who can find little meaning in life, much less come close to forgiving himself. His life is a living hell, particularly if he is forced to again live in Manchester. His daily existence is a self-imposed torture chamber.

The question posed by the film is whether Lee can rediscover some meaning in life by fulfilling his obligation to his nephew. You keep hoping that somehow he succeeds, as an uplifting ending will help you overcome the feeling that you have just been through some kind of cinematic shock therapy.

Finally, Mr. Affleck and young Mr. Hedges should receive Oscar nominations in the best actor and supporting actor categories. In addition, while Michelle Williams’ role is very small, her performance is so devastating that it is hard to imagine that she will be ignored.

This movie is the true definition of a work of art, and it is a film that you will not forget.

← The Edge of Seventeen
Moana →

One thought on “Manchester by the Sea”