This film is a reminder to all Americans that we have largely lost our privacy. 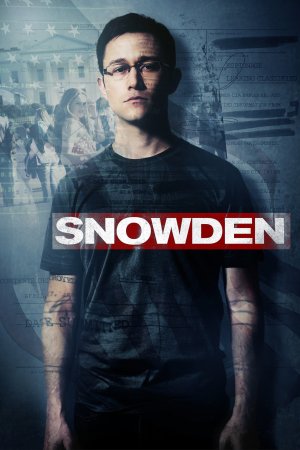 Let’s not mince words and get two things straight. First of all, Edward Snowden deserves a national pardon, pure and simple. What he did was a service to the American People, and to prosecute him is an open statement to all whistle blowers, “Thank you for your work, now go to jail.”

Secondly, if you really want to see a great movie about Mr. Snowden, then go see the Oscar winning documentary released two years ago and leave Oliver Stone’s likeable film on the shelf. The documentary told Snowden’s story in first person as it happened, a rarity that defines the genius of that film.

Here, Joseph Gordon-Levitt does a wonderful job playing Snowden in the same fashion that he embodied Philippe Petit, the daring high wire adventurer who walked between New York’s Twin Towers in Robert Zemekis’ totally overlooked The Walk. Ironically, both of these movies will go largely unseen despite Mr. Gordon Levitt’s performances.

The principle reason is that Snowden, by his own admission, is largely a dull boy. Trying to honorably pursue a career with a National Security Agency, he gradually discovers that the United States government is spying on its own citizens. Becoming abhorred by the government he works for, he eventually hooks up with London journalists to tell his story.

Sensational actors like Melissa Leo, Zachary Quinto and Tom Wilkinson do an expected fine job playing the London journalists. However, the actual journalists did an even better job playing themselves in the above-referred documentary.

The film also spins its wheels concerning Snowden’s relationship with his girlfriend, Lindsey Mills. It’s not that Shailene Woodley does a bad job in that role, but she really does little more than stand by her man.

As an aging movie goer, I learned in the memorable film 1984 (1956) that Big Brother was watching. That seemed like little more than fictional nonsense at the time, but try to tell that to Mr. Snowden. Let’s do the courageous thing and bring him home where we can pardon him. In the name of all whistle blowers who dare to risk their financial and personal lives, it is the only decent thing that we can do.

← Equity
Commentary on Pence and Forgiveness →