Sully’s passengers didn’t drown, but I can’t say the same thing about the movie audience. 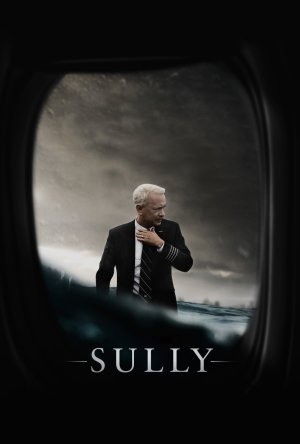 I feel a bit guilty about my reaction to Director Clint Eastwood’s Sully. It simply wasn’t that good. While Chesley Sullenberger remains a national hero for saving the lives of 155 airline passengers by bravely landing in the Hudson River on January 15, 2009, Eastwood’s film comes close to robbing the moment of its glory.

As expected, Tom Hanks does a splendid job playing the introverted, quiet Sullenberger. On the other hand, he plays Sully as a man largely devoid of emotion as reflected by his quizzical reaction to being acclaimed a media darling. While this may seem to border on a sacrilege, his performance here is not much different than what we saw in the recently dismissed film A Hologram for the King.

While the film is barely an hour and a half long, 90% of the movie focuses on the aviation safety panel investigation of his flight. Rather than spending more time focusing on the drama taking place with the passengers on the plane before it landed in the Hudson, scene after scene does little more than show Sully jogging the streets of Manhattan and sitting silently in his hotel room.

Furthermore, it is incredibly hard to believe that the investigating panel was as sinister as displayed on the screen. Despite the fact that Sully had saved the life of every passenger, they caustically dismissed him for failing to land at LaGuardia. I couldn’t help but think of King Ferdinand and Queen Isabella taunting Columbus when he returned in 1493 for not finding a Northwest Passage to China and India.

As for Mr. Eastwood, I find it extraordinarily difficult to accept his recent tendencies to reduce spouses of acclaimed Americans to little more than housewives offering loving support to their husbands via long distance telephone calls. Laura Linney, here playing Sully’s wife, is limited to playing a phone wife in much the same way as Elise Robertson in American Sniper (2014).

On the other hand, Aaron Eckhart needs to be recognized for his role as Jeff Skiles, Sully’s co-pilot. Composed at all times in the cockpit, he repeatedly shows his disgust with the treatment he and Sully received by the security panel after their marvelous accomplishment. It was great to see Mr. Eckhart finally overcome his recent performances in lackluster movies like this year’s London Has Fallen and I, Frankenstein (2014) and recreate his memorable contributions to films like Thank You for Smoking (2000) and The Dark Knight (2008).

This is a movie about a great event that failed to do justice to the event itself. The short time Sully and Skiles were in the air with their passengers and crew touches a nerve that everyone feels when boarding a plane, and you will have your heart in your throat during those moments on the big screen. That may save the rest of the film for you, but it didn’t for me.