This is a film about a war with no purpose where many surviving veterans come back emotionally scarred. If our government won’t fund the VA to help them, who will? 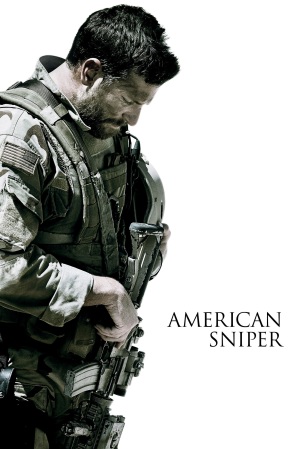 At this date, most Americans have accepted the fact that the Bush/Cheney administration led our country into a bogus war in Iraq. Based on the false allegations that Saddam had weapons of mass destruction, we poured trillions of dollars down a foreign sinkhole. What is worse, thousands of Americans died, and many more were traumatized beyond description.

In American Sniper, Clint Eastwood tells the story of Chris Kyle, a Texas rodeo rider who became a Navy SEAL prior to 9/11. Serving four tours of duty in Iraq, he became known as “The Legend” after having recorded over 160 “kills” in a role reflected by the film’s title.

Concentrating on the emotional horror he endured while in Iraq, the film also deals with Kyle’s marriage. The strain from repeated tours of Iraq was brought home to his wife and family.

Bradley Cooper has been nominated in the Best Actor category for his role as Mr. Kyle, and it is hard to argue that this nomination is undeserved. However, Kyle was not a complicated man, and the film basically focuses on Kyle’s expertise in taking another human life. While that proved difficult for him at times, he viewed the Iraqi opponents as savages, and he was forced to rationalize his service as little more than saving the lives of his fellow soldiers.

Ironically, the star of this movie is Sienna Miller, who plays Taya, Kyle’s wife. She loves him and continues to stand by his side despite the fact that his Iraqi experiences haunt their relationship. Largely overlooked in her career up to this year, her performances here and in Foxcatcher establish her as a star to be followed.

Our country had no business in Iraq, and we now see the sad battles going on in places like Fallujah that were fought by American troops years ago. We overthrew Saddam and accomplished nothing other than to strengthen Iran while leaving its internal structure in chaos. ISIS now seizes the opportunity to raise havoc in a vacuum created by our own country.

In a sense, this movie captured a lot of the heartache seen in Gary Cooper’s spectacular film, Sergeant York (1941). It is ironic that both of these tremendous actors have the same last name, and both played average Americans whose lives were brutally compromised because of their audacity to serve their country.

Simply stated, when Mr. Kyle and his comrades came home, they needed the Veterans Administration to rally to their side. Yet our politicians praise their service while letting the VA abandon them. We should all be ashamed.

← Commentary on Oscar Nominations for 2015
Blackhat →