This movie will rival The Neon Demon as one of the worst films of 2016. 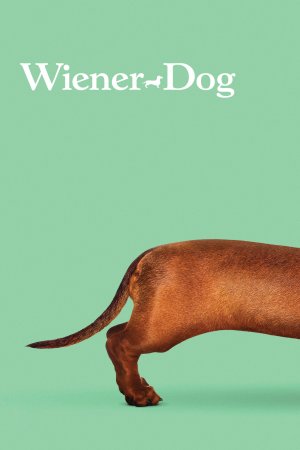 Wiener-Dog, a movie directed by the art house guru Todd Solondz, is described in advertisements as a “dark, starkly funny story of a single dog and the many different people she touches.” Unfortunately, it is nothing more than a murky, incredibly dull film that lacks an ounce of sophistication or meaning.

As many of you know, I recently praised the documentary Weiner about the obviously mentally ill New York Congressman who was caught sending sexual text messages to strangers. Though I still think that film has a great chance of being nominated for an Oscar this year, this disastrous film proves that one two many wieners spoils the pot. Put another way, given that this film is likely to die quickly at the box office, Hollywood should follow the lesson known to most women, namely to resist the danger of going one wiener too far.

This cinematic mess slowly goes nowhere. The dog is cute and cuddly, but faces assorted disasters ranging from a life threatening attack of diarrhea, where Director Solondz spends an inordinate amount of time filming a trail of dog excrement, to a moment where his owner (Danny DeVito) expresses his exasperation with his personal existence by tying a bomb laden vest to the dog as it wanders through a building. Do you really need to know anything else about a film that should be avoided?

In closing, please don’t think that I have a personal aversion to wiener dogs appearing on the big screen. One appears as one of the many funny characters in The Secret Life of Pets, and my review praising that film will soon follow. Sexism may be alive and well in Hollywood, but those guys would benefit greatly if they would simply learn to occasionally keep their wieners to themselves.