Forgive me, but I want my tombstone to read, “Have you seen the new Avengers film”? 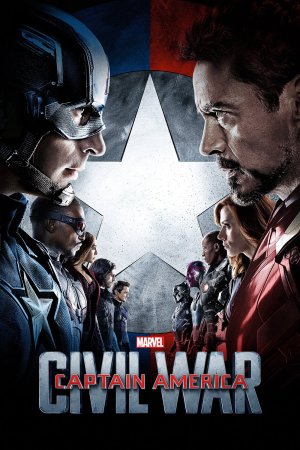 Here is the secret behind many Marvel films, including director Anthony and Joe Russo’s Captain America: Civil War. While most of us go with a bit of reluctance, we can only shake our head as we leave the theater thinking of Joan Jett singing the classic song, “I hate myself for loving you.”

First of all, much like the Fast and Furious films, the strength of the Avenger movies flows from its diverse cast of characters.  Despite the fact that the two principle stars, Captain America (Chris Evans) and Iron Man (Robert Downey, Jr), are two talented Caucasians, the film finds room for both women and African American men.

Much like the recent film Eye in the Sky, Captain America focuses on the innocent civilian casualties associated with fighting terrorists.  What happens here is similar to the incident in Afghanistan recently where US missiles took out a Doctors Without Borders hospital.  No matter how noble the cause, you can’t simply write incidents like that off to the cost of doing business.

In this film, William Hurt plays Secretary of State Thaddeus Ross, a guy who looks a great deal like John Kerry.  He seeks to bring the Avengers under the control of the United Nations, and this produces a schism in our group of friends and colleagues.

Forced to either play by the rules or retire, you know that you’re destined to watch a knockout street fight between Iron Man and Captain America.  Fortunately, it is done with far more meaningful style than the Batman/Superman fisticuffs in the recent film.  Our heroes are arguing over fundamental principles, and it is hard to choose sides.

Interestingly, some spunk and humor is added to the film with the introduction of Spiderman, played by newcomer Tom Holland, and Paul Rudd recreating his caustic Ant-Man.  Mr. Holland resembles an energetic teenager as he gives all of us some hope for the next entry in the Spiderman saga.  As for Mr. Rudd, his Ant-Man is a PG-13 version of Ryan Reynold’s hysterical “Deadpool.”

The characters in this film are voluminous, and it would be foolish to try and single out anyone over the others.  While Mark Ruffalo’s The Hulk is left off the screen, it is hard to ignore Chadwick Boseman, here appearing as The Black Panther.  He holds his own with his colleagues, and you know his character will soon appear in his own film.

Let me close by making the observation that the principle reason Captain America works was because of a great villain played by Daniel Brühl.  Thankfully, he’s not some Twilight Zone recreation seeking to destroy earth, but merely a deranged guy who has an ugly association with Winter Soldier (Sebastian Stan) going back decades.  Mr. Brühl has an obvious reason for wanting to get even, and he is one of the few movie assassins that will produce a bit of empathy.