Along with Ian McKellen in Mr. Holmes and Michael Caine in the upcoming Youth, Stallone is magnificent as an aging man searching for meaning. 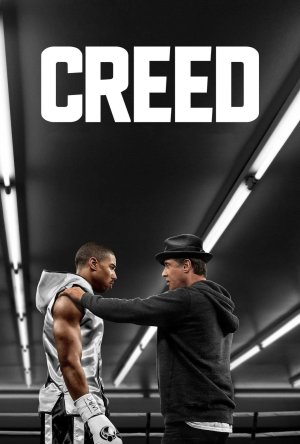 I’m sure I speak for many of you when I say I have grown very weary of watching recent films by Arnold Schwarzenegger, Sylvester Stallone and Liam Neeson. Acting as if they have found the cinematic version of the Fountain of Youth, they appear in regrettable action films where they want us to believe that they are in their 30s instead of over 60.

Nonetheless, Stallone breaks that mold with Creed, finally realizing that it is time to act his age. And he does it with both style and charm.

Stallone’s Rocky Balboa is back in action, now running a restaurant in Philadelphia after souring on his boxing career. He knows that his best days are reduced to looking at various pictures on his restaurant walls, and he regularly visits the grave of his wife and an old friend to try to maintain contact with loved ones who are now long gone.

Heading his way is a young man dedicated on pursuing a boxing career, in the process learning that he is the illegitimate son of Balboa’s old nemesis, Apollo Creed. Having never met his father, you follow this young man from the time he grew up in a juvenile detention facility. Fortunately, he was saved from his own excesses when a special woman (played warmly by Phylicia Rashad),  who was married to his dad, adopts him.

This film has an emotional kick because of both Director/Co-Screenwriter Ryan Coogler and Michael B. Jordan, who plays young Creed. If you saw last year’s superb Fruitville Station, you already know the great talent that both of these gentlemen possess.

Here, Jordan’s Creed is wrestling with an angry upbringing that he tries to control while convincing Rocky to be his coach. The interaction between the two resembles that of a father and son, and you watch one trying to recapture his past while the other seeks to fulfill his dreams. They both are left struggling at times, and you are occasionally left quietly cheering in your seat while wiping away inevitable tears from your eyes.

As you watch Rocky face an illness that forces him to choose between life and death, Creed has to decide if there is room in his life for a beautiful young singer played memorably by Tessa Thompson. All of this culminates in a brutal fight between Creed and an English lightweight champion. It is a vicious encounter that leaves Creed battered but still standing.

Without telling you who won, I couldn’t help but wonder if the cost of boxing would lead young Creed down a road of mental illness that we have recently seen with Mohammad Ali. A depressing, lingering thought that hovered over a fine movie.

Let me close with a comment from my adoring wife who celebrates my birthday by going to one movie a year. She liked this film and graciously responded to my praise of Stallone for acting his age, “Isn’t he younger than you?”