Beasts of No Nation

Is it fair to criticize a quality film that leaves you emotionally exhausted? I’ll leave that answer up to you. 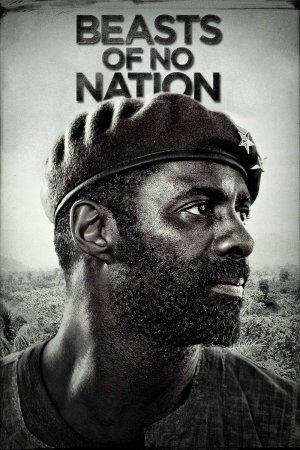 A movie highly praised by many reviewers, it is fortunate that it is unlikely to be seen as a double feature with 99 Homes at America’s drive-ins. Neither film is for the faint of heart, and watching them back-to-back would risk bringing emotionally stable viewers to the brink of suicide.

Written and directed by Cary Joji Fukunaga, Beasts of No Nation describes the chaos existing in an unnamed African country where citizens are reduced to living at a sub-human level. A war rages that is destroying countless villages and human beings, and it is impossible to distinguish heroes from villains.

After his father and brother are killed as his village is wiped out, a young boy named Agu flees into the forest. On the verge of starvation, he stumbles into a rebel group that saves him from death. However, the price of survival is being trained to join a group of child soldiers who kill upon command.

Abraham Attah gives a breathtaking performance as young Agu, and his role reminded me of the Oscar nominated performance of Quvenzhane Wallis in the acclaimed Beasts of the Southern Wild (2012). Taught by the insurgent group’s Commandant that violence will help atone for the death of his family, Agu becomes a blistering force of single minded hatred.

Idris Elba has received much deserved praise for his performance as the Commandant, but it soon becomes apparent that he is leading his group of insurgent’s on a stormy path into the bowels of Hell. Though he is fascinating to watch through the first half of the film, his amoral approach to life reduces him to little more than any equivalent leader of ISIS in Syria.

Like my recently reviewed feelings concerning 99 Homes, Beasts of No Nation is a film that starts off profoundly depressing and never waivers to its conclusion. There is little of any humor, much less hope, and you are left nearly as emotionally shattered as the child soldiers after watching this film that lasts over two hours.

Let me close by emphasizing that I don’t mean to criticize the quality of this film, as Director Fukunaga gives the audience a first-hand view of the destruction taking place in many parts of Africa today. People suffer massive tragedies across Central Africa as most of the world looks the other way and complains about the Middle East.

The film may knock on the door of various awards at the end of the season, and no one should be entitled to complain. However, excluding those who are taking prescription antidepressants, no one can be criticized for applauding the film’s message while wondering how humans are alleged to be the highest form of evolved life on Earth.