While few will say they loved this film, most will admit a bit of intrigue. 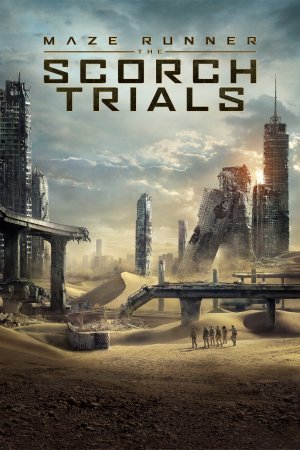 Though it lacks much of the ingenuity and polish of The Maze Runner (2014), the sequel, Maze Runner: The Scorch Trials has its own merit. Broken down to its basics, it falls between the much better The Hunger Games (2012-2014) and the increasingly lackluster Divergent/Insurgent (2014-1015) films.

The best way to describe this Maze Runner sequel is that the title embraces much of the film’s content. In a movie that lasts over two hours, it is not an exaggeration to say that our heroes are constantly running from pursuing villains. Thank God they are all young, because older characters would have collapsed and died from heart attacks brought on by exhaustion.

Simply stated, the handful of “Gladers” who escaped the Maze now find themselves in an unknown facility where strange things are happening. Patricia Clarkson and Aiden Gillen lead an organization known as Wckd, and it soon becomes clear that our young people are being kept around for medical experiments.

Needless to say, Thomas (Dylan O’Brien) and Teresa (Kaya Scodelario) lead a small group of young friends on an escape that takes them from bleak desert locations to the remnants of cities that look destroyed from some type of nuclear assault. The special effects are genuinely first class and the Gladers continually remain one step ahead of capture and a return to a destiny where there is little hope.

As in the first film, good people die some difficult deaths, which includes a zombie plague that is easily transmitted from contact. I have read that the film came close to receiving an R rating, so be advised if you are contemplating taking young kids to the theater.

In the end, it is giving nothing away to tell you that a struggle is on to find a vaccination that will help insure the future of mankind, and an encounter is coming in the next film that will decide the fate of either the Gladers or Wckd. Though this film was a bit disappointing as I have referred to above, so was the last installment of The Hunger Games. Both films seem to be trying to do little more than promote some interest for the eventual denouement, so I’ve got to admit that their finale holds some interest.

← Commentary on Gun Violence in America
The New Girlfriend →