For those of you feeling that there is nothing worth seeing at the cinema, then hunt down The Gift and let me know your reaction. 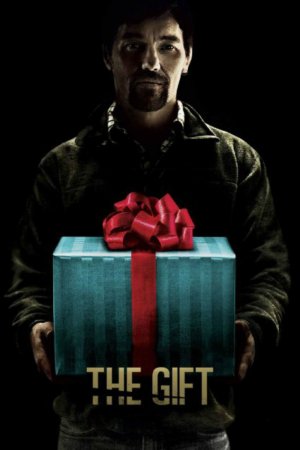 While this probably won’t mean much, The Gift may prove to be the biggest surprise of all films released during the middle of August, 2015. Written and directed by Australian actor Joel Edgerton, it unfolds in a tantalizing manner that leaves you guessing at every turn.

Just to make sure that none of you are mislead from the previews, let me assure you that this is not a horror movie. Cutting to its core, it is a story about human nature and the fact that regrettable actions in a person’s past can come back to haunt them. Forgive and forget is not the theme of this engrossing little film.

Many of my friends consistently criticize me for giving away too much of the plot in my reviews, so let me dance away from that possibility with The Gift. No, I haven’t improved my style, but it is simply impossible to describe any little moment of this film without giving away something critical to its unanticipated conclusion.

So let me simply say that the very talented Jason Bateman and Rebecca Hall play Simon and Robyn, a husband and wife who have returned to his home in California so that he can further his career. While Simon is on the verge of a great promotion at a Silicon Valley-like technical organization, Robyn is wrestling with demons relating to a failed pregnancy.

As they adjust to the purchase of a new home, our couple meets Gordo, played by Mr. Edgerton, a past high school acquaintance of Simon’s. Something unresolved happened between these two many years earlier, and an unannounced gift left outside Simon and Robyn’s front door reveals that the lives of all the parties are going to get ugly very quickly.

Ironically, while Mr. Bateman is best known as a comic actor, he has really appeared in mostly low-rent films such as Couples Retreat (2009), Identity Thief (2013) and the absolutely appalling Horrible Bosses 2 (2014). I am sure that I am not alone in appreciating his serious roles, and if you have not seen any of them, please hunt down Juno (2007), Up in the Air (2009) and the Invention of Lying (2009).

As for Ms. Hall, I think she is an acting treasure who is dancing on the edge of greatness. She exudes a sophistication and intelligence that many famous actresses lack, and I can only urge you to watch her and Eric Bana in Closed Circuit (2013).

It is worth noting that this is Mr. Edgerton’s directorial debut in a feature film, and he does a splendid job. Nothing is overdone, and the suspense develops where you feel that you are being unintentionally wrapped up in an emotional cocoon. Combined with his tremendous performances in Animal Kingdom (2010), Warrior (2011) Zero Dark Thirty (2012) and The Great Gatsby (2013), let me risk the observation that he resembles a young Marlon Brando.

This is a tiny film that reminds you that our actions can occasionally have a profound impact on others. Want to find out the consequences of robbing a fellow teenager of both his self-respect and reputation as a result of conduct that you would prefer to forget? Buy and ticket and enjoy watching the answer unfold.