Going Clear: Scientology and the Prison of Belief

Scientology is not so much a religion as it is a ghastly fraud. 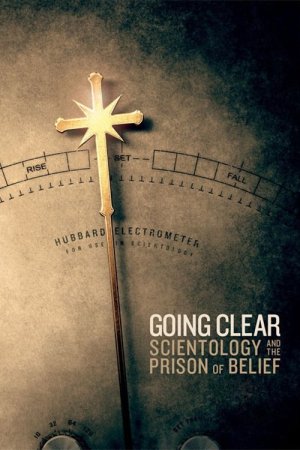 Director Alex Gibney gives us a scathing inside view of a religion lost in space with his HBO documentary Going Clear: Scientology and the Prison of Belief. In this case, our national obsession expressed by many concerning the freedom of religion would unfortunately include the freedom to go completely insane.

Actually, Scientology functions more as a cult than as a legitimate religion. Founded by L. Ron Hubbard, Scientology mirrors his bizarre behavior. Both ferocious and scary, those who join find a new way to sell your soul to the devil.

Mr. Gibney’s documentary includes lengthy interviews with former Scientology advocates, including Hollywood screenwriter Paul Haggis, and they reveal shocking accounts of a religion more medieval than modern. They allow the viewer to see how a religion ensures conformity and allegiance by intimidating its own members.

As you watch two well known Scientologists like John Travolta and Tom Cruise support their calling, you get the feeling that they have no choice given the likelihood of having this organization expose their personal lives to the public. Given that you have to reveal all of your secrets to religious authorities as your standing within the organization advances, what if your decision to leave this coven risks being painted as the next Bruce Jenner?

Additionally, the present leader of this movement, David Miscavige, is downright creepy. Their goal is not to love thy neighbor, but to intimidate him. Even the IRS backed away and tragically provided them with a tax exemption based upon their status as a religion.

As you watch this film, be prepared to gasp. This is where religion goes bad, very bad.

← Commentary on the Value of Books
Mad Max: Fury Road →

One thought on “Going Clear: Scientology and the Prison of Belief”