While the movie contains some good punches, it eventually fizzles out. 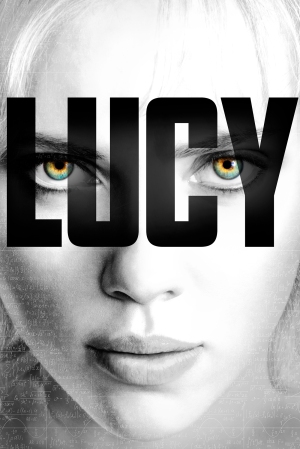 I loved Lucy, but that was when Lucille Ball played her on TV from 1951-1957, not Scarlett Johansson in this unfortunate film. Though it is not a terrible movie, it definitely is not a good one.

Jumping from her role as an attractive alien in a short skirt in this year’s disastrous Under the Skin, she now plays an attractive American girl in a short skirt forced to become a drug courier while attending school in Taiwan. So that you understand the plot, the drugs are surgically implanted in her stomach, and they subsequently erupt when she is assaulted in transit. Magically, the drugs quickly enable her to become the first human to activate 100% of her brain, and Ms. Johansson soon becomes super human in nearly every respect.

I must admit that the premise was a bit intriguing, particularly given that it was written and directed by Luc Besson. I have enjoyed many of his prior films, so there is always hope. On the other hand, hope can frequently prove to be a comforting illusion, and Lucy falls into that category.

Additionally, Morgan Freeman has a minor role in the movie, playing a professor who has studied the nature of the human brain from the dawn of mankind. He always lends a helping hand to any film, but he is also quick to take a buck to participate in such below average films as last year’s Olympus Has Fallen; Oblivion and Last Vegas.

While the special effects will hold your interest, you need to also realize that this is one of the most violent films that you will see in 2014. The drug smugglers are vicious Chinese/Japanese hit men, and their ability to maim and brutalize is likely to suck the wind out of those of you who find violence tough to watch.

To be quite honest, I applaud Ms. Johansson for daring to take roles that dance on the edge of public acceptance. She was wonderful in The Other Bolyn Girl (2008); Vicky Christina Barcelona (2008); We Bought a Zoo (2011) and Captain America: The Winter Soldier (2014). Furthermore, she also was smart enough to make a delightful contribution to Director Jon Favreau’s recent hit, Chef.

However, if she wants to continue to play a sexy woman with the power to kill, then she should take some advice from Zoe Saldana. As we saw from Ms. Saldana in Avatar and the completely enjoyable Guardians of the Galaxy, just because you are hot and hard-nosed doesn’t mean that you also cannot display a bit of warmth.

In any event, if you need to see Lucy, then stay at home and watch some old episodes with Ms. Ball, Desi Arnaz, Vivian Vance and William Frawley. They are living proof that the good never die young.

← Wish I Was Here
Guardians of the Galaxy →