Anyone who would agree to make love with Eva Green on screen would likely die with a smile on their face. Then again, there are worse deaths. 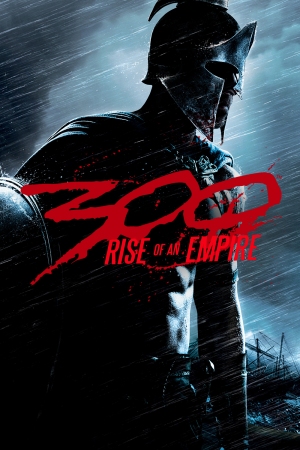 Hollywood has an abysmal history when it comes to action films and the portrayal of women. More often than not, they are little more than attractive, provocatively attired victims in need of help. I truly like both Natalie Portman and Emma Stone, but think of their roles in the recent Thor and Spiderman movies.

However, Director Noam Murro has brought us an intriguing exception to that rule with 300: Rise of an Empire. Eva Green plays Artemisia, the leader of the Persian naval fleet, and she is a nasty villainess who you will love to hate. Lacking an ounce of compassion as she seeks to destroy a rebellious Greece, wait ‘til you see her seductively kiss the lips of a captive’s head she has just severed.

Like its predecessor 300 (2006), this is a film that you should try to see in 3-D at an IMAX theater. Filmed at times in slow motion, they center on a continual flow of battles where people are brutally killed with blood flying at the screen. Like them or not, they are clearly not for the weak of heart.

Taking place at the same time as the 300 Spartans fell to the Persian God King Xerxes in the Battle of Thermopylae, Persia seeks to get even for the killing of Xerxes’ father by a Greek hero. While Artemisia does the King’s bidding, she is the only person on Earth tempestuous enough to insult him.

Sullivan Stapleton plays Themistokles, the Greek naval commander seeking to unite his country. Severely outnumbered by the Persian Fleet, any hope of success depends on convincing the Spartan Queen to join the cause. Unfortunately, that is easier said than done, as Queen Gorgo, played with passion by Lena Headey, is still mourning the death of her husband, Leonidas, at Thermopylae.

While the movie is like a painting brought aggressively to life, it is Artemisia’s attempt to seduce Themistokles that commands your attention. The scene where they meet during a truce at sea pictures both opponents perfectly, particularly when they end up having violent sex. Their lovemaking is a visually stunning scene simulating a public execution.

Ms. Green is at all times a sight for sore eyes. Much as she did as the distraught vampire who pursued Johnny Depp in the underrated Dark Shadows (2012), she basically gives an adversary two choices, marry me or die. She will soon appear in the sequel Sin City: A Dame to Kill For, and I can’t wait to see what happens to the poor soul who makes the mistake of loving her.

Without giving away the ending, our two antagonists meet in a climatic naval battle, and one will die at the other’s hands. In one of the most historically brilliant lines uttered by a completely unforgiving woman, Ms. Green, armed with two swords, sneers at Themistokles as they stand face-to-face, “You fight much harder than you f _ _ k!”

Artemisia was not a woman you would dare bring home to meet mommy.