Thor: The Dark World and All is Lost

Rating: Simply stated, forget the national critics. Without Redford, All Is Lost is a waste of time. Yet, Thor: The Dark World is a rollicking fun time.

While combining movie reviews is normally a foolish artistic enterprise, sometimes there is simply no choice. While All Is Lost is a title likely to reflect your feelings when you leave the theater, Thor: The Dark World will entertain even you cynics. It combines foolishness with a sarcastic edge, and it comes alive with a supporting cast that is a gift that keeps on giving.

I must admit that Lost tantalized me, as it appeared to be Robert Redford’s swan song to a brilliant career. He has always been at his best  playing rebellious iconoclasts as in Butch Cassidy and the Sundance Kid (1969) and Jeremiah Johnson (1972), and this film seemed to play to his strength. Disappointingly, it begins with some hope as he is lost at sea, but everything from that point on seems to sink quicker than his boat.

Sadly, you know absolutely nothing about his past, and as a result it is incredibly hard to care what happens to him. The film spans 8 days as Redford tries to survive, increasingly desperate and alone. You almost sense that Director J.C. Chandor is telling the audience to do little more than embrace indifference.

Clearly, there have been great films about loners lost at sea. Think of Spencer Tracy in The Old Man and the Sea (1958) and last year’s magnificent Life of Pi. It made me wish that Lost would have put a Bengal tiger on board, as maybe the film could have been saved with the title of Life of Redford. 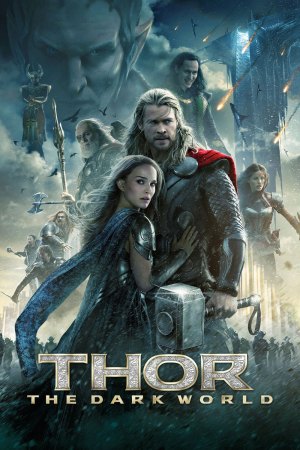 Nobody plays the human equivalent of God better than Anthony Hopkins, so I’m sure his role as Odin, Thor and Loki’s father, came as second nature. However, pay attention to Tom Hiddleston as Loki and Kat Dennings as Darcy Lewis, as they both have a pissy irreverence that immediately draws you to them.

Hiddleston’s Loki may be the most acerbically enchanting villain to hit the silver screen. Sure, the gifted Natalie Portman doesn’t miss a beat as Thor’s earthly lost love, but she has the grace to let Ms. Dennings, her associate,  capture every scene.

In addition, Christopher Eccleston is memorable as Malekith, the ornery leader of the Dark Elves trying to take over the universe. And Stellen Skarsgard is memorable as the gifted but unfortunately insane scientist named Erik Selvig, a guy who prefers to wear only his underwear with a shirt and tie in office meetings as it helps him think more clearly.

I couldn’t help but wish that Senators Rand Paul and Ted Cruz should adopt that same strategy. After all, if you’re intellectually naked, why bother with clothes?