Recommended if not expecting much. 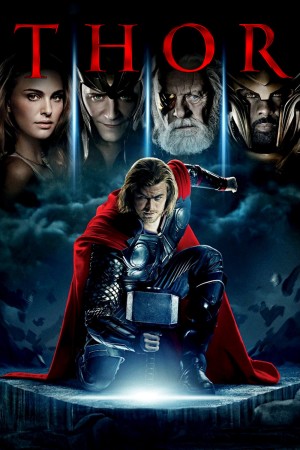 Shame, where is thy sting? What personal weakness is at the heart of my basic being that causes me to approach summer action films with a barely suppressed feeling of joyful glee?

Put another way, I’m afraid that I am living proof that there are bits and pieces of teenage youth floating around in every adult male. Truthfully, I think that is precisely what makes our gender so lovably aggravating in the long run. In a sense we are kinda like that cute dog named Doug in Pixar’s Oscar winning Up (2010) in that we are really pretty decent traveling companions through life until we see a squirrel.

Which is a long-winded lead-in to my review of Thor 3D, which is pretty entertaining despite its admittedly ludicrous premise. The Australian actor Chris Helmsworth plays the title role of Thor, the hot-headed god existing somewhere in the stratosphere who has more testosterone than sense. As he awaits succeeding his father Odin to become king, his profound recklessness and love of adulation causes him to be banished to Earth without any super powers.

Found in the desert by a trio of stargazers, he retains nothing of his former magnificence other than a chiseled body, a profound arrogance and a miraculous ability to speak perfect English. Pursued by a monstrous guardian sent by his half-brother Loki in order to pave the latter’s ascent to the throne, the fight is joined as you might expect.

Helmsworth displays some natural acting talent, and that is central to enjoying this fluffy little film. In a sense, he is a carbon copy of Hugh Jackman’s character in Baz Luhrmann’s over-cooked but enjoyable extravaganza Australia (2008), right down to the moment where he removes his shirt and is ogled by nearby female admirers. Only instead of Nicole Kidman, here we have the accomplished Natalie Portman and the eccentric Kat Dennings.

Central to making Thor work are some credible special effects. The battle in the heavens and on earth are quite well done, and the film operates as a serviceable artistic pleasure even if you don’t buy into its admittedly silly plot.

Furthermore, a great cast of supporting actors keeps Thor from totally seeping into campy nonsense. Nobody bellows better than Anthony Hopkins, and he does just that as Thor’s one-eyed domineering father Odin. Stellan Skarsgard brings some needed credibility to the leader of the trio of stargazers who protect Thor, while Natalie Portman makes the most of playing Thor’s earthbound love interest, Jane Foster, a well-intentioned mid-western girl whose principal assets are to be both naive and cute. And though Ms. Dennings is given little to do other than be a smart ass, she does that quite well as she so admirably displayed in Nick and Norah’s Infinite Playlist and The House Bunny (2008).

One of the welcome things about Thor is that it resists the urge to sexually objectify the female lead characters as is the regrettable case in other action films based on comic books such as the two “Iron Man” movies, all three “Transformer” films, as well as this year’s Green Lantern. Neither Portman nor Dennings allow themselves to be clothed as if they are on a Victoria Secret’s TV special, and as a result the viewer is left to refreshingly relate to them based on their charisma, wit and intelligence. Are you listening Michael Bay?

But finally, no Marvel comic book movie like Thor can sustain any meaningful interest without a galvanizing villain, and Ray Stevenson provides one as Volstagg, the leader of a satanic, frozen underworld empire. Much as he did with his remarkable performance in this year’s Kill the Irishman, Stevenson dominates the screen, here with a scarred, chiseled face and flaming red eyes as a humanoid from a very chilly Hell, dead set on getting revenge against Odin and Thor.

All in all, “Thor” is pleasantly entertaining without being insulting, and maybe that amounts to high praise for these type of summer films.